I’m experiencing an issue with a sphere mesh not moving when pointed at with a motion controller. If the sphere mesh starts off with no simulated physic it can be successfully picked up once, but once it gets dropped (physic turns on) it can not be picked up again.

Expected results: What I’m trying to have happen is allowing the user to pick up the sphere mesh with the motion controller and wave it around until they let go at which point it will fall back to the ground. The user should be able to repeat the process over and over.

Actual results: The mesh falls back to the ground but can not be picked up again.

Pictures of the sphere code and pickup/drop code below. 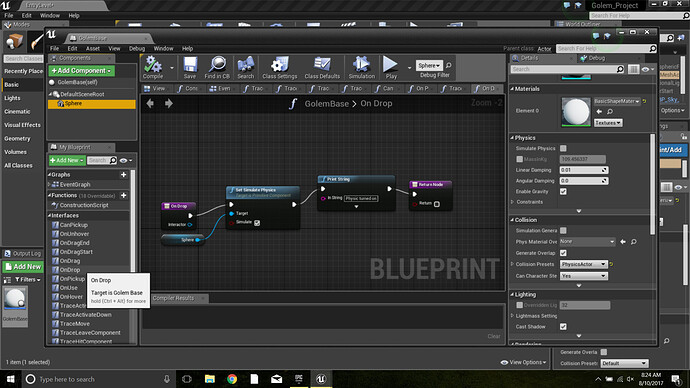 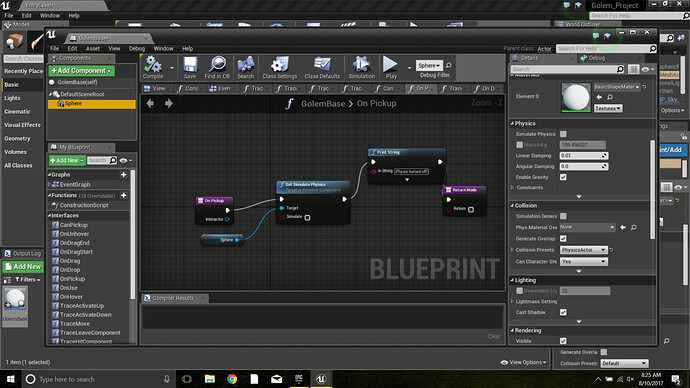 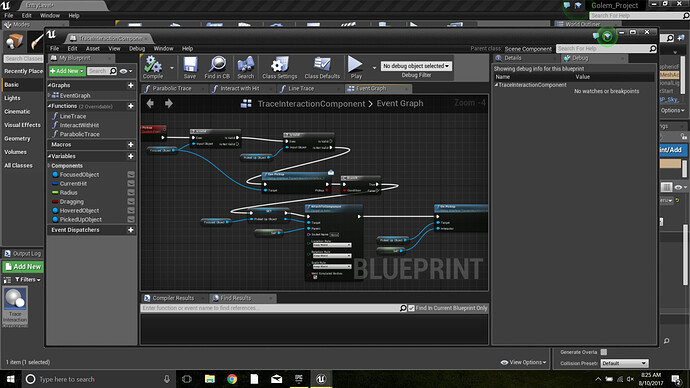 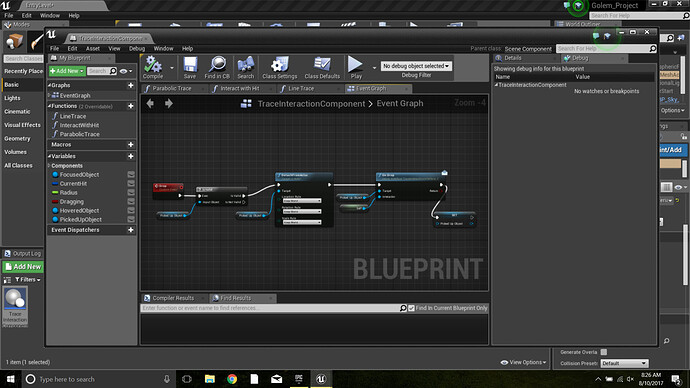