CharacterMovementComponent provides its own AddForce/AddImpulse/AddRadialForce/AddRadialImpulse functions, which you can call to knock the character around without enabling physics.

The RadialForceComponent is supposed to handle the CharacterMovementComponent case though, but I’ve never used it so I don’t know if you need specific setup for it to work. Peek at its code to see if you are fulfilling all the conditions : 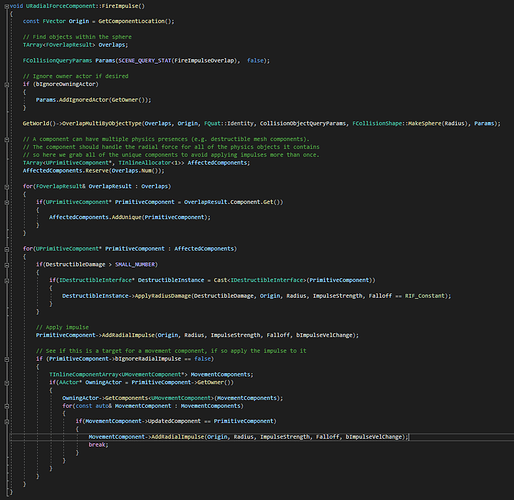 Could you please explain it in blueprints?