After doing so, I wanted to implement sprinting. I made this by adding 2 new input handler things and creating the two voids for key press and key release, then doing in key press:
GetCharacterMovement()->MaxWalkSpeed = 1800.f;

Then when the SHIFT key is released, set it back to 600.f (the default max walk speed).

This is all good, except I needed to have a sprint animation run instead of the default run animation.
I duplicated the FPP_Run animation given by the tutorial and called it FPP_Sprint then made the speed a bit faster.

Now I have to actually play the animation if they are sprinting.

Here is my blueprint currently: 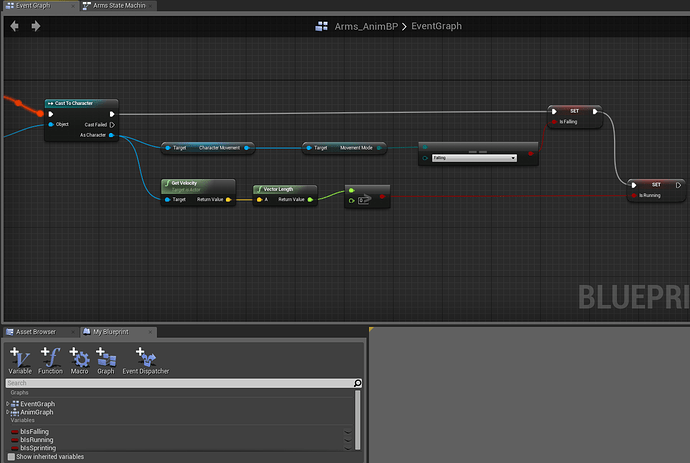 I also had to add the Sprinting state: 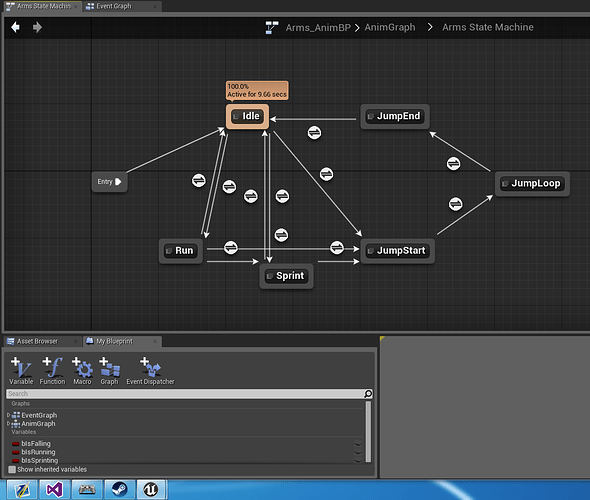 Never mind, I figured it out.

Here’s how, if for someone reason someone else wants to know: