I added a particle effect to a BP, tracked it in sequencer, added an FX System Component track and set it to trigger. The particle triggers just fine on every trigger key, however let’s try to introduce some simple BP scripting. In this case, I created an OnParticleSpawn node in the BP and followed it with some code that is supposed to display a simple ammo counter. The default value is 300, and every time the particle is triggered, it’s supposed to -1 from the current ammo counter. For anyone who is willing to attempt to recreate this issue, you could simply follow the ‘OnParticleSpawn’ node with a PrintString node. If the issue is happening on your end too, you’ll notice that no string gets printed when the particle fires. This happens regardless of whether the game is playing or not. I would have expected this to print the string after every key is triggered in sequencer, however it does not seem to call OnParticleSpawn. Any ideas on how to set something like this up? I specifically need to use sequencer to trigger this BP code. Thanks in advance 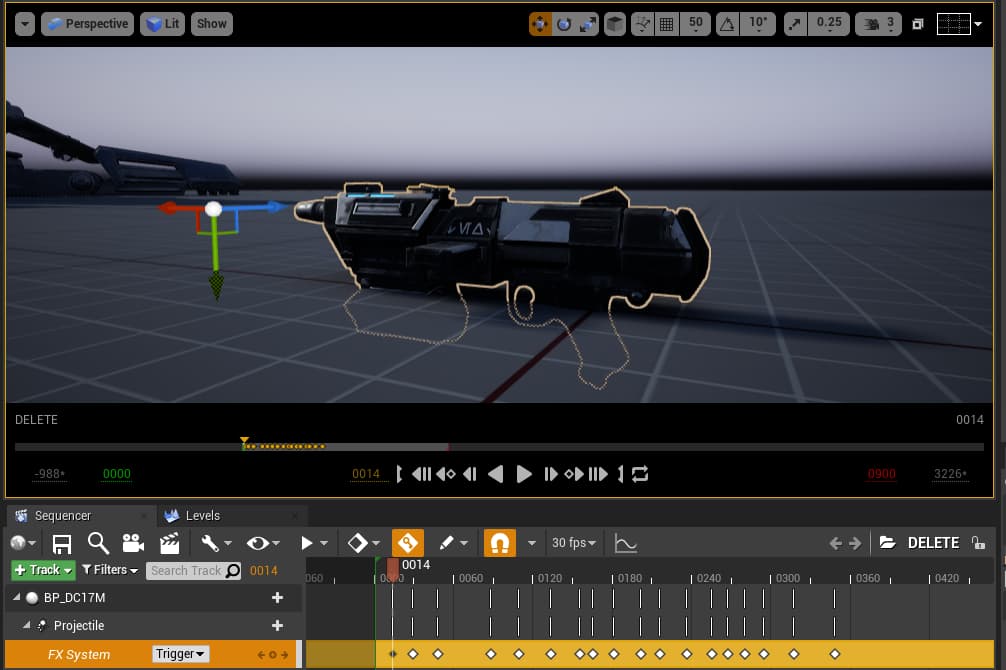 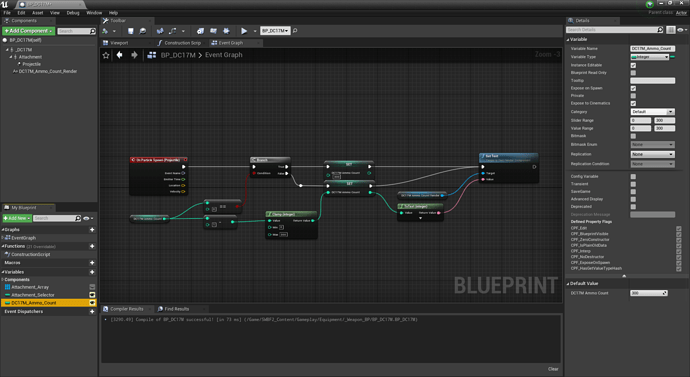 For anybody who wants to know the problem:

I didn’t realise that you need to add an Event Generator to particles in order to utilise ‘OnParticleSpawn’, ‘OnParticleDeath’, etc. Once I added a spawn event, it started to work perfectly fine