Hi, I have tried scaling up the advanced car blueprint (blue skeleton buggy car) but it seems to have physics / wheel collision problems now, since it drops through the Landscape mesh.

Also, am I right to think the car was not originally designed to “normal” car size specs, but seems to be more of a large “RV” (remote control) car size? 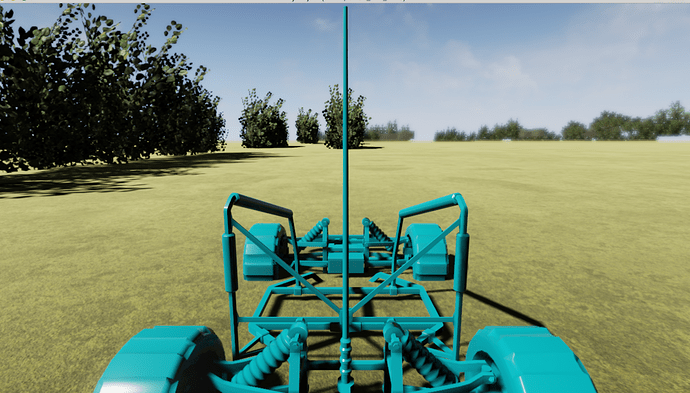 I’ve tried to visualize the colliders and they seem to scale up properly as well. There must be something I’m missing, I thought the colliders would hit the ground in stead of going through it… I’ve also scaled the model back down, and the wheel don’t go through the ground anymore, so there’s something funky going on with the scaling. Help appreciated! 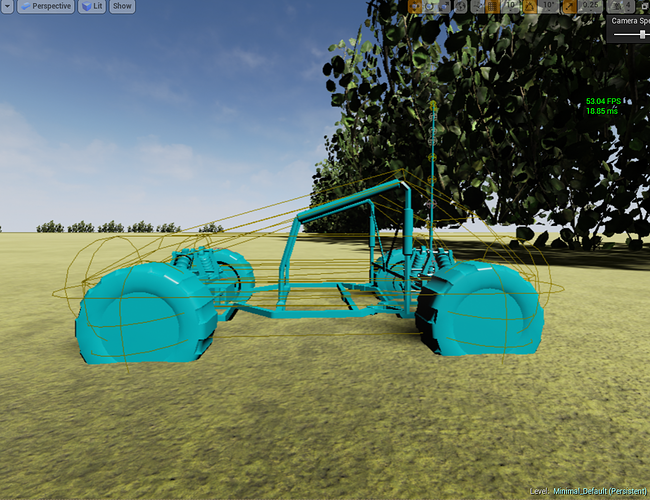 Ok, just realized this is a duplicate of: Car sinking in the ground - World Creation - Unreal Engine Forums the solution there fixed my issue