I’m currently studying this great project here: Liam Tart – Tarting Around!
so you can download the scene as well and see if too face this issue.

The pieces of wall simply in this project simply look amazing.
As I found through unreal the Static Mesh for the actor in the scene at the start of the stairway is: SM_walls_stairwell_bottom_01_b

However if I place a new SM_walls_stairwell_bottom_01_b in the scene (also tried creating a new scene) the wall I place looks really different from what is already placed in the scene.

By that I mean that the one already placed has textures looking a bit more harsh and have way less little decay/missing parts on the wall, which makes it more realistic as well.

I’ve tried comparing if there is any difference between the two actors but could not find anything (materials are the same I did not touch anything).

The only things different were:

Also when I open the mesh in the “mesh editor” it looks like the ones I can place on the scene.
So my questions is why is this happening? What makes the one already placed on the project have a different look when material and static mesh is the same?

I’m also including some screenshots to clearly explain what is happening. 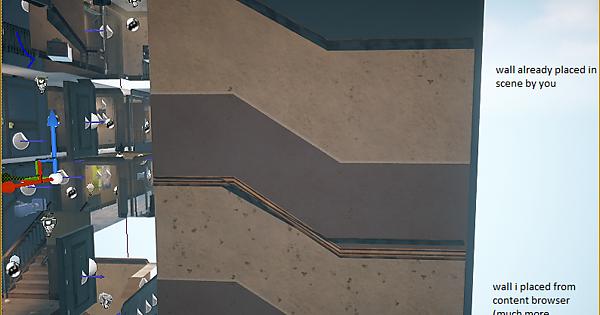 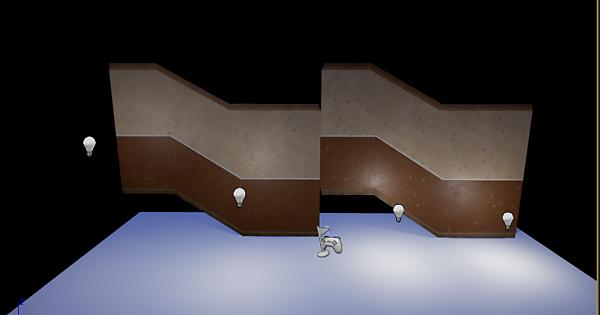 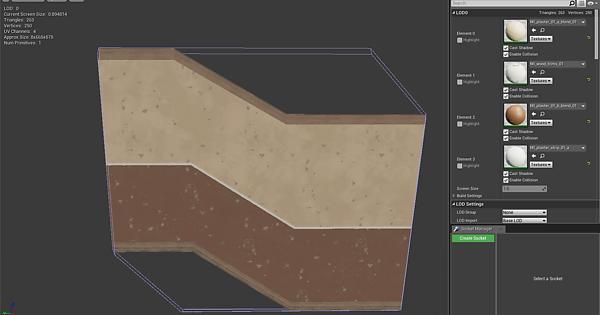