Rotating Camera Down When Playing Animation OR Fixing Camera Bug

I have my camera attached to my head socket. the reason this is is because for some reason the spring arm is bugging out and any time I have the camera as a child of the mesh by itself, it just goes to the side and doesn’t work properly. I have a reloading animation that you can’t see the gun reloading, and its annoying. the gun itself is already so low on the screen. 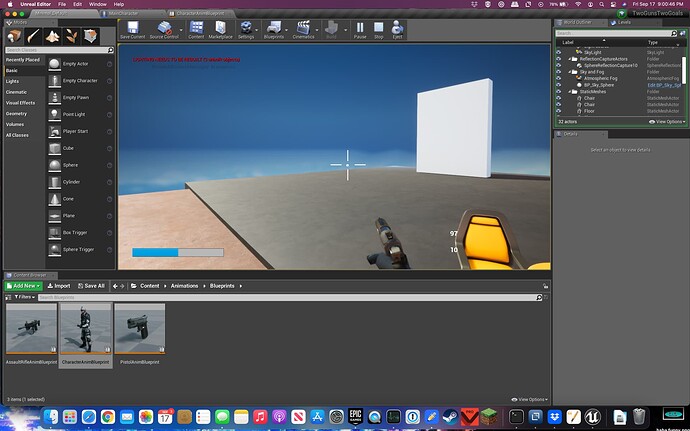 Screen Shot 2021-09-17 at 9.00.46 PM1920×1200 147 KB
I want to rotate the camera down when reloading, so it gives a nice visual effect, and I also want the camera to rotate down in general. With the first one, ive tried setting the camera rotation in a timeline and have the animBP cast to it and modify the head bone (which the camera is tied to) and of course it doesn’t work. I tried to do it in the player BP by setting the relative and world location after through the timeline and it didn’t work. editing the rotation of the camera in the viewport does nothing, it does nothing to change it in runtime. don’t get what’s wrong here, ill send any BPs necessary.
Neongho September 18, 2021, 8:40am #2

I appreciate the help. Any reason it’s hard specifically?

Something in the tick function does update it try to uncheck busecontrol rotation. It is something like that on camera well i am not on pc so… Hard for me to tell