I made a little graphic to explain it. I’m wanting to rotate 90 degrees from the base, not the center. 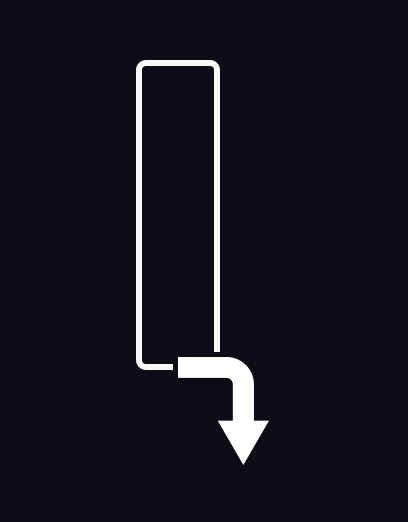 I’m unaware of a way to change the pivot point of a collision component. Your best bet with this sort of setup (I believe a Character) is to add a scene component to the base and then rotate the actor around that. This of course implies that you can’t simply use SetActorRotation as that will attempt to use your root component.

Yeah, ideally I would like to use SetActorRotation as I’m wanting to rotate the entire actor. Rather frustrating that we cannot change the pivot point!

I hear ya. For giggles (and a shot in the dark), on your actor (or capsule component) check for an option called “Pivot Offset”. If not there, drop your character into a level and see if there’s a “Pivot Offset” option on an instance of the actor. I don’t have the editor in front of me otherwise I’d check myself. The reason I’m suggesting this is there are some situations where this option is available. It definitely lives on the widget component but I’m wondering if it might live elsewhere. If not, what the capsule component really needs is to duplicate whatever they’re doing for the widget component which allows it to have a pivot offset.

I tried the Pivot Offset, but nothing changed unfortunately - almost like it had no impact on anything.

Interesting, ok so there is one. Where exactly was it? There is of course the potential that you’re fighting with the controller/pawn relationship…on top of that, the character movement component which comes equipped on a Character class. It’s possible they won’t let you, or honor the pivot offset for…reasons.

As a test, create a basic actor (not a pawn) with capsule component, static mesh etc. Essentially mimicking the component hierarchy you have on your character. Set the pivot offset and then try SetActorRotation. This could help rule out what I mentioned above.

It was in the class defaults.

The Pivot Offset is only functional in the editor it seems and does not transfer outside that context - which is very sad because it performs the functionality that I desire.