So i literally scanned the entire internet for a tutorial (video or written) for how to make my third person character getting shot by an enemy and how to deal damage. There are various tuts on melee combat - though appear to be lacking too, but that’s not what i need. Maybe someone could outline broadly how to do this?

As i understand, basically you would need to cast line traces then call events such as Apply Damage and On Hit and substract health variables and create a death event which in turn calls the death animation and destroys an object after a while. Though, it is unclear if this would be better done with projectiles or if those are needed too.

Any suggestions or results would be great

It looks like this upcoming stream could help you: 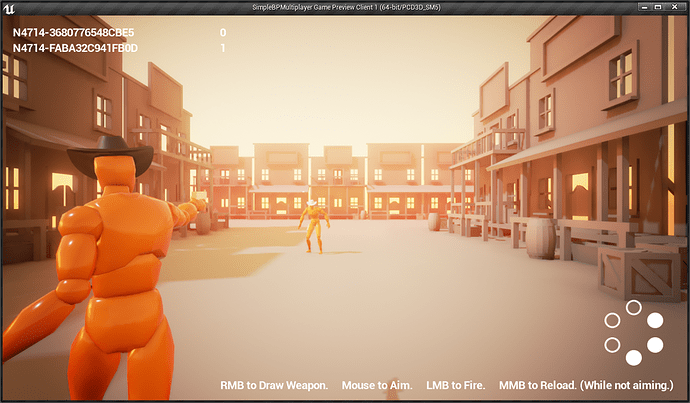 WHAT Developer Relations Technical Artist Alan Noon and Engine Programmer Ryan Gerleve walk us through the creation of the Multiplayer Shootout game. Learn about setting up a networked mulitplayer game using Blueprints as well as setting up input,...

Update: Above combat is rather specific, and a bit messy, though you cna get some ideas. Going to check out this next -> https://www.youtube.com/watch?v=0B4lC9ajNkQ