Hey, so this has had me scratching my head for hours now.

What I’m attempting to is this:

Get the desired rotation of the player controller, and store it in a (replicating) variable which is used in the Anim Graph.

If we are server, we get the desired rotation RPCd to us from each clients player controller. (This works. The server sees the pitch value update on all other player characters)

What could be the problem? I’m out of ideas. 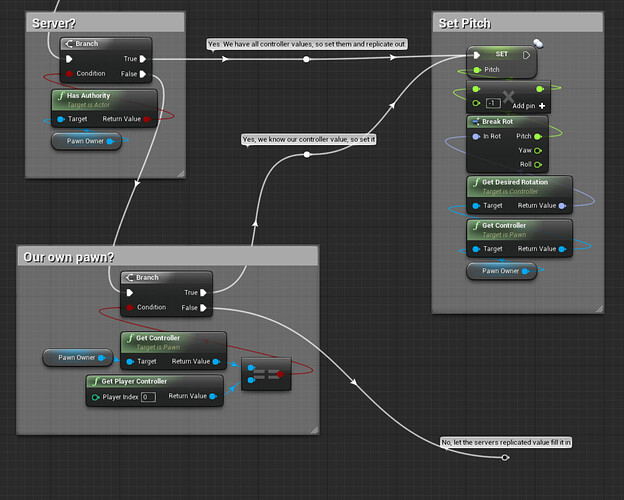 Update: I solved this by setting another pitch variable in the character blueprint whenever the mouse is moved, then RPC it to the server, which then replicates it to everyone else, so that everyone has the value, and then I transfer the values to the variable in the animblueprint. I still don’t understand why the variable couldn’t be replicated in the animblueprint, and this method calls for some extra bandwidth to send the pitch value to the server and back out every frame, but atleast it works now.