I have an actor that once interacted with by the player, will display a widget (called Overview) that has a vertical box populated with other widgets, like so:

Here is what the BP looks like for a Job Board Row Widget: 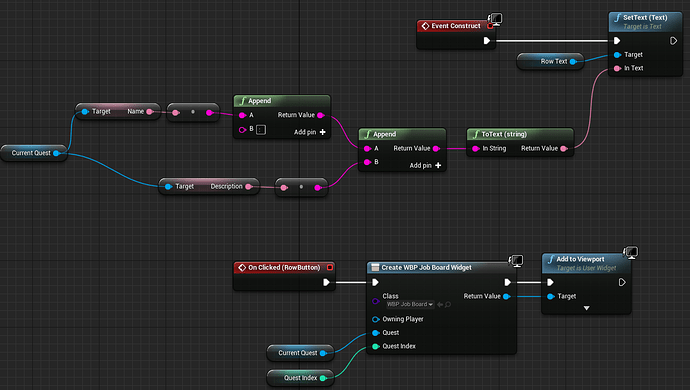 When the player clicks on any row, they are shown another widget on top which displays more details. Once the player clicks on the accept button, that specific widget should be removed from the vertical box in Overview. The issue I have is, when I try casting to Overview and calling the Quest to Remove event, the Remove Child At node does not execute or at least it does but Overview is not being refreshed. Here is what that BP looks like: 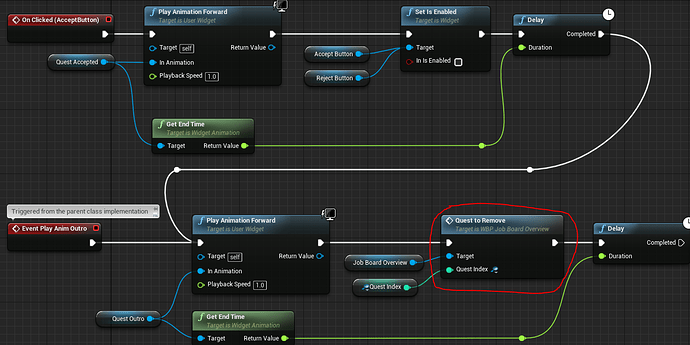 I tried the Remove Child At node after the for loop is completed in the Overview BP after a certain delay and that works. But for some reason casting does not.