Okay, so the Recon Jet, its not really AR like it says, its just a screen in your right corner of your eye a tiny android with a screen down there.

But one thing it does is two nodes, Acceleration into movement input split both pins and only plug x in not y or z.

if you plug y or z in it gets jittery and doesn’t move right and I don’t know why.

But with acceleration it really does go as fast as you go so you run with the glasses on it goes that fast, so it’s cool to sprint like in some game and have it go in the glasses.

And I can’t get it to work in all directions.

Ghost. It only goes one way straight and you can’t go backwards with it.
That’s fine. I can’t record the sequence because it says start sequence is a private class, and I don’t know how to replay the sequence again or record multiple sequences and replay those and race against them if you transform back to the start with the back button or something. I can record, but not real time playback for a ghost, and I want to race the ghost, then the fastest time of that ghost, then multiple ghosts.

Here’s how to do it, I’m uploading a video that explains the whole thing, but here’s the blueprint for it, and then that’ll explain everything, everything needs to be done in sequence like the graph or it won’t work, things close won’t delay time won’t work, but this works perfectly, the time paused from time needs to be set to 11 or something generic at first whatever a default value would be or the thing you’re racing against will teleport there, the other thing sets it if you get lower than that time and it’ll go there. Yeah, video coming, main thing is this, for 411 and beyond possibly.

Heres what you need to know, on minimap widget image it wont show up on android unless you put a circular thorbber scale it down and put it in a corner somewhere do NOT make it hidden or collapse it must be visible the minimap wont show on android, it cant be a throbber or the map flickers the image in minimap widget flickers. IT HAS TO BE CIRCULAR THROBBER. in a corner scale it down but it has to be there or the minimap wont show the image wont show on mobile devices. And that’s it the image will show on mobile devices.

I tried everything and that’s how it works on these. Even newer androids. 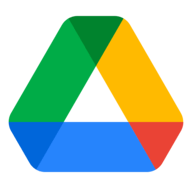 Safely store and share your photos, videos, files and more in the cloud. Your first 15 GB of storage are free with a Google account.

Need entire folder APK inside that’s the game so not just the install.bat right click download folder
Install by extracting whole folder plug up recon jet or android phone into computer let it be recognized turn on developer options usb debugging
now go into one of the folders and hit
Install_Ghost324_2_Development-armv7-es2.bat
if you install NoObb version the game will not install it’s inside the OBB file.
Wait for command screen to run then disappear on computer once gone it’s installed and on last page of app screen/in apps on recon jet. Will be “U” symbol.

For very very long race it’s the
Install_Ghost324_2_Shipping-armv7-es2.bat
you want to double click once connected to computer.
Works with either recon jet or android phone.

Wear headband to lock recon/AR glasses over top of screen in place or screen will shake everywhere. Over top and covering back of frames. Some newer glasses might come with designs already locked in place like full head frames and stuff and you may not need the headband.

3 second countdown before opponent moves after reset.
Goes based on acceleration, so hit reset once before you start have to see opponent move or it will teleport to the end because you would have crossed at 0 seconds without the opponent moving. Once opponent moves race, beat the time, it records your time and you race your own time. Opponent uses time you beat opponent with. You move your dot character moves. If you didn’t reset and let the opponent go before reaching end shut down restart and reset first then go again.
To reset it hit back button android or on recon jet you have to press back multiple times and eventually it resets back to start then race.
The pillar on the right side is the finish, even though you can keep running afterwards, your opponent will stop at rightside pillar. Your time is recorded there, that’s where the trigger is.

can run the game long as it has accelerometer sensor and most devices do including all smartphones. If your computer can recognize it as android it will install to that device. Recommend AR Android Glasses if you can get one, I don’t know of any way to mount a phone close to your eye without it shaking to the point where it’s unusable. It can go on your phone though, to see that it works and everything, but you won’t know if you won or not without looking down the entire time

Get an Android Manager program if it doesn’t work and click the APK file to install if normal install doesn’t work.

Default time is hard to beat so might change that later then upload it but goal was never reach Max Speed so you can always be going faster and it seems to be doing that; tested it.
Scale value was connected to acceleration so you’d hit max speed too fast in the previous one, this one takes x -axis accel divided by 60, so the theory is that you’d have to reach 60 miles/hour hopefully before you hit max speed?

I think the units are centimeters though so if I see something off I’ll convert cm to mph and then divide even more if this doesn’t slow anyone enough to keep people from reaching max speed ever, so it never caps out. (Looked up 60 mph to cmh it’s 9 million so I don’t know if it’s let me divide by that continuously. Maybe.)

Basically the previous ones were inaccurate speeds. This one isn’t.