I’m trying to build lighting in my scene and every time I attempt it the process takes at least an hour to complete. I’ve tried reducing lightmap resolutions, clearing my swarm agent cache, making my lights static rather than stationary, reducing engine scale quality and deleting my ‘saved’ project folder. I’ve included screenshots of what my swarm agent looks like each time (it’s super slow between 2.5% and 5% completion and speeds through the rest within a couple minutes), my message log whenever I cancel a lighting build and my lighting staticmesh info (the resolutions shown are what shows as optimal/green in the lightmap density view, but I have also attempted lowering them all to 8 with barely any change in results). Any suggestions on how improve the process speed? Or is there a particular problem I’m missing that’s causing the massive slow down? 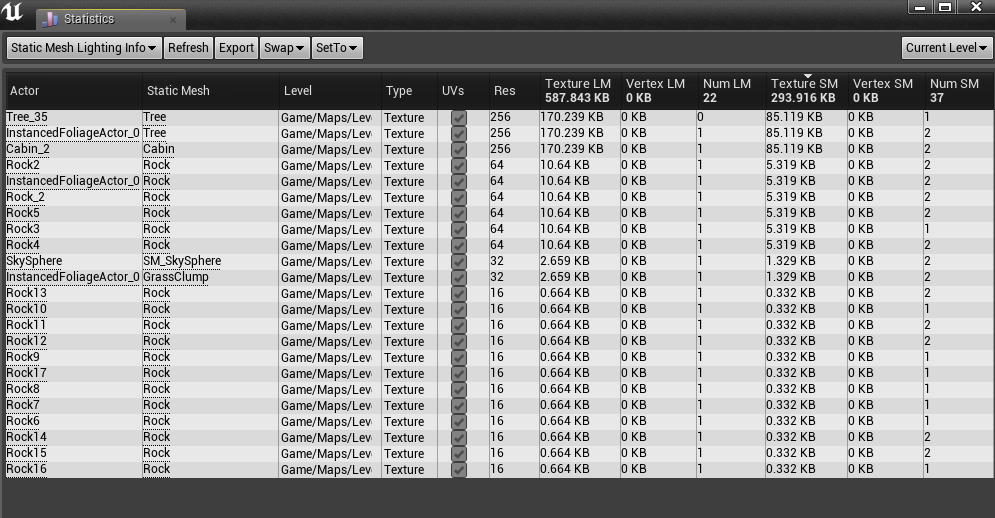