Not sure how to explain this but I’ll try. I made a project using the First Person BP template and decided to make a new level in the project. I dragged the first person character blueprint into the new level and when I hit play something odd happens. A second character is made. The character I’m controlling is on a different part of the map than than the one I placed on there. Was there something I had to do before dragging the character into the level?
P.S. Can anyone tell me how I could record video of it, because I don’t think I explained it well enough.

The reason this is happening is because your level most likely contains a Player Start. This will cause the character to spawn at the player start when you play, instead of possessing the character that you’ve placed in the level. What you can do is go into your FirstPersonGameMode blueprint and set the Default Pawn to none, as this is what is causing the FirstPersonCharacter to spawn in your level.

Then, you can set your Level Blueprint up to possess the character that you’ve placed in it. Here is an example: 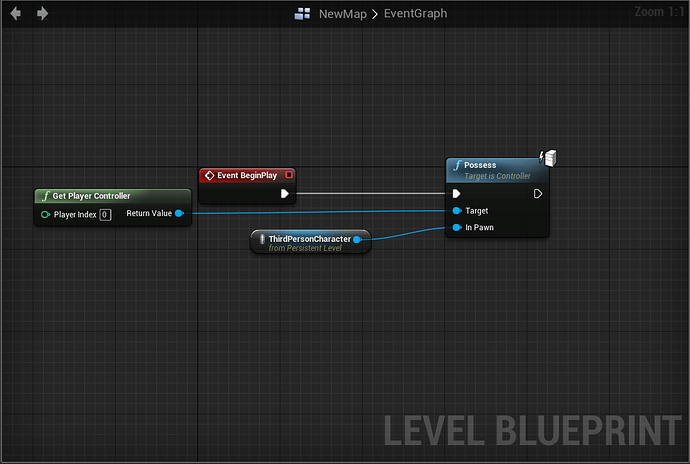 Let me know if there are any further questions.