such as FName, FSring,
that you need to constantly check, or look for names
in which it is easy to make a typo or a case sensitivity error:
tag name lists, socket name lists, and so on
but also it can be arbitrary blueprint types

solution:
create an abstract asset class with array TArra <T> SomeConstData
from which users can create their lists, from which you can select a type, and fill the array with values. 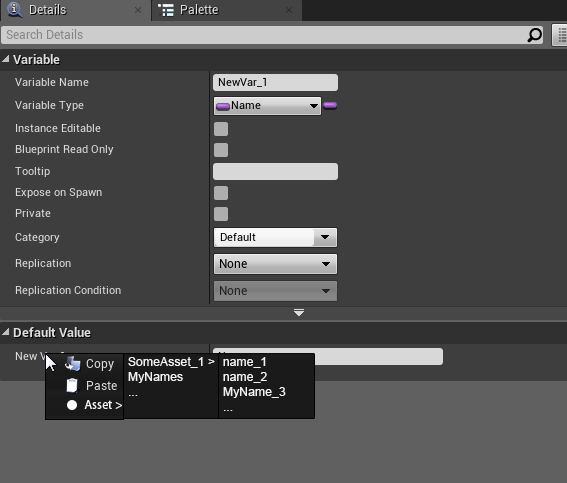 and add a K2_Node getter, in which there will be a first pin pointer to an asset, the second generated pin to select (!) an element from the array, (similar to how we select TSubclassOf from the list of classes, at the compilation stage you can leave only the resulting value) 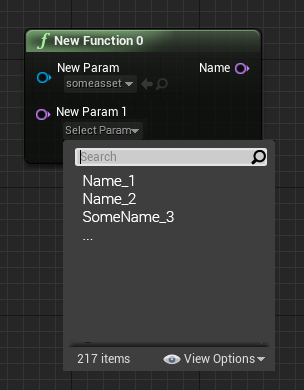 this will significantly improve the organization of the project, control constant data - lists of names, lists of classes, lists of assets, lists of numerical values, without searches, without indexing, and so on.
this should not be a difficult task but will help many developers.
Also, of course, this can be implemented individually in the plugin, but I would like to see such functionality as part of the engine.