Playing a skeletal mesh animation for a specific actor

I’m not sure how to tackle this the right way, but I’m trying to get the player character to play an animation (a silly victory dance) when they reach the end goal. But I want this animation to only play with this specific actor when they collide.

I’ve been looking through tutorials that are similar but they never seem to work for what I’m trying to do and going through them all has left me a little muddled - sorry if I forget to show anything.

The event graph blueprint for the actor shows up with no compile errors and it doesn’t work. Ballman is the player character. 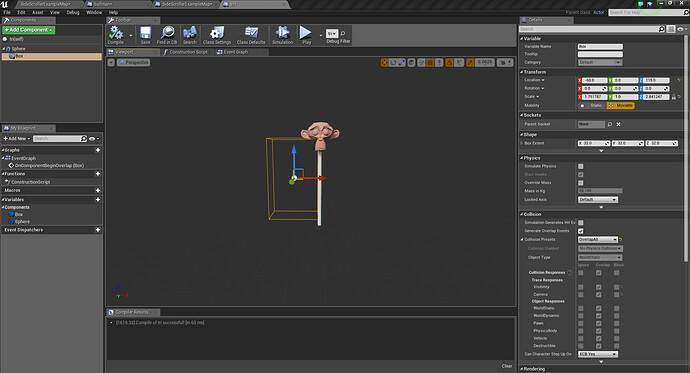 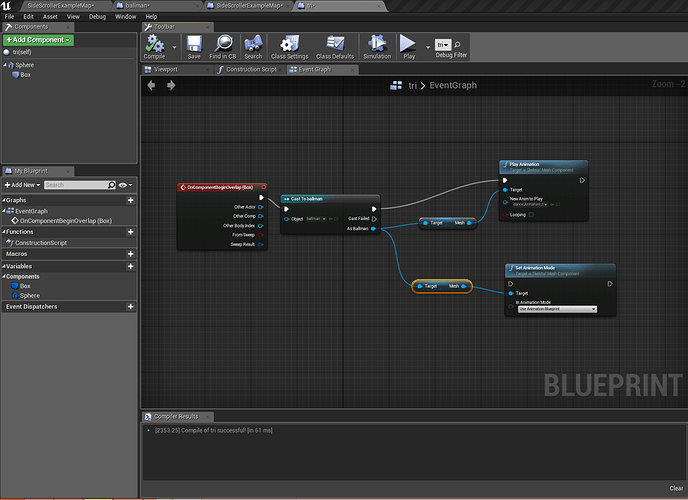 The main problem is referencing I think: I’ve tried casting to communicate between the two blueprints (?) and whether I try making the collision part of the character or the actor or even part of the level, I can’t seem to get them to reference the each other properly.

Where do I go from here?

Well I solved it…
Just needed the “other actor” node from the triggerbox to be connected (to the changed) “cast to character”'s blue node: object.
I’m stoopid.