I have seen and followed several examples on how to pickup an actor and rotate it in front of the camera to inspect it. I have created my own version to allow a given actor the ability to be picked up and rotated. I want it to be an intuitive and seamless experience whereby the player clicks the object with the LMB, it moves to a point in front of the camera, you rotate it, and then click it with the LMB to return it to it’s original place. The First Person Character BP has the Linetrace to trigger the Blueprint interface and activate the Actor to do it’s thing, and I have mouse input mappings with an override giving control to the actor.

I have everything working except it’s ignoring the LMB to return. The “Put back” portion doesn’t work. 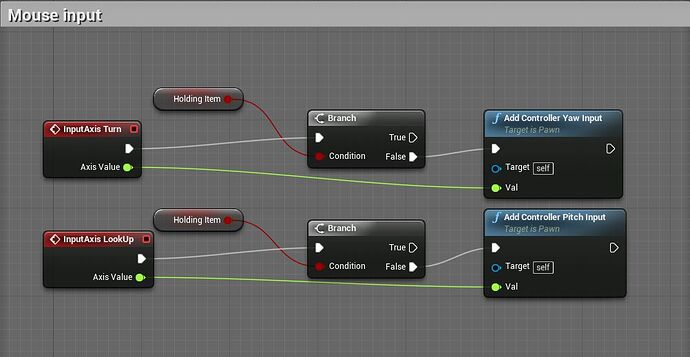 Everything after here is in the Master Pickup Actor

@GaLew Or… you could just purchase this: Inventory Examine Interface in Blueprints - UE Marketplace and take that functionality and place it into your existing Level. This system however does not ‘move’ the object through space because of physics concerns (something in the way, something ON TOP of the object that would fall to the floor if removed… etc.) it does it a bit differently.

Shameless plus :D… Anyway, I figured it out. I realized the LMB in the Character BP was still firing so all I had to do was split it. 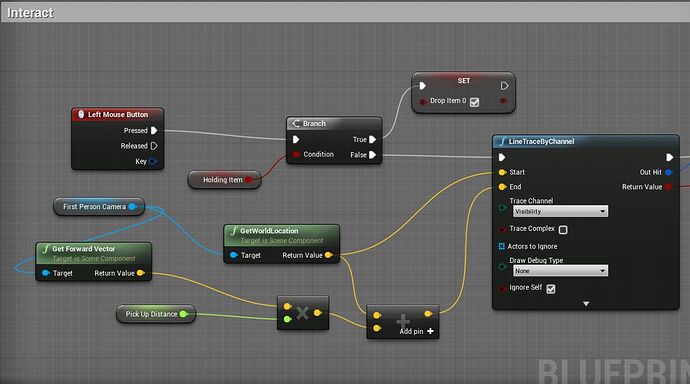 And then in the Actor BP extend the tick to the boolean where the LMB will break the tick and send the object back. 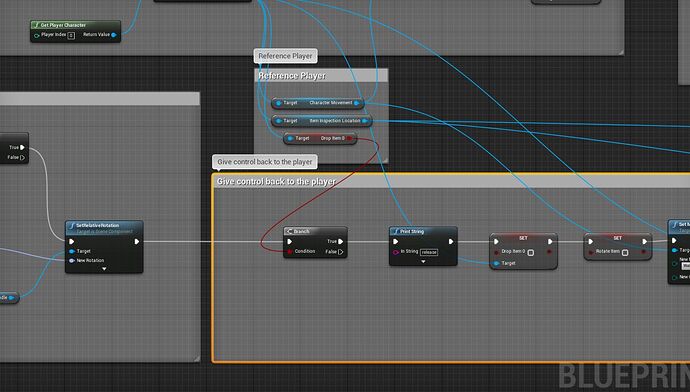 Hope that helps others. G