Pawn reaching the player from distance

Hi guys. I have an issue trying to set up a pawn that will just follow the player to its position and damage him if succesful.

The problem i have is, that if the characters jumps over an obstacle, and the pawn is away from the character it will hit the player anyways. I think it has something to do with the location used to reference the player position. Because the pawns reaches the position of the player and then, the player jumps, so the last valid position is the last one before the jump? or something like that? im really lost with this. Or maybe it has something to do with the collision properties of the meshes? im using just geometry meshes for now, since im just blocking it.

Forgot to mention, it is a sidescroller game, meaning the movement is restricted to the x axis both the pawn and the player. And the pawn cant jump (for now).

Screen of the blueprint of the pawn the movement node part 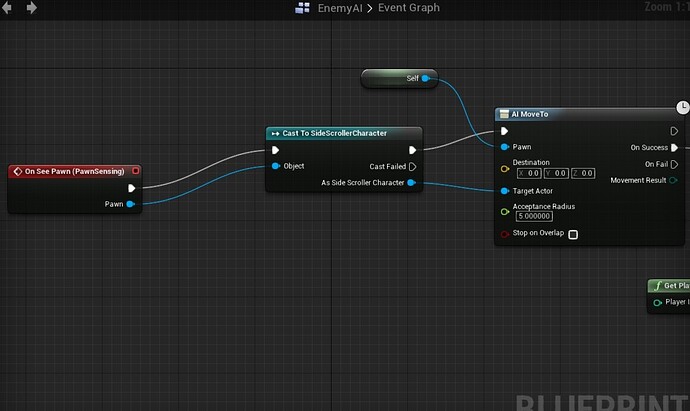 This is an example → the ai should not damage the player from there, but still it does, the character jumps behind the first obstacle, and the pawn follows him and when it reaches the obstacle, pum! it explodes (meaning it reached the player). I really dunno how to explain it better. Sorry for that. 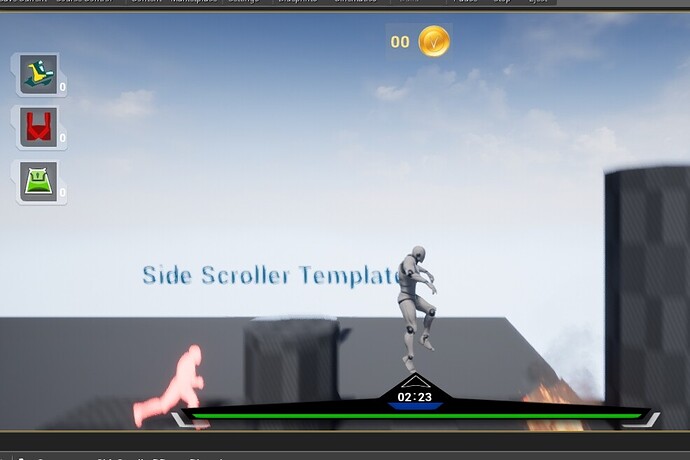 Hi you could try this one:

And you could cast a line trace to the bottom that the AI moves to this location like this: