[Paper2D] What is Get New Batch Meshes and why is it killing performance?

I’ve been trying to optimize my game heavily, as this will be my first full game release by myself and I made the rookie mistake of not profiling early enough – I’m blaming that on lack of foresight and experience.

This is a Paper2D game with a single tilemap and actors with flipbooks and sprites for visuals. The project has all lighting disabled (all visuals are unlit sprites) and I’ve managed to (painfully) remove most of the unnecessary PostProcessing (though not entirely – the post processing on the camera gives me grief,) but I’m running into this issue in the render thread that is causing some major issues:

I don’t understand what is going on here other than that the call is taking ~7.25 ms on it’s own but sometimes spikes insanely high. I’ve struggled for several hours on this and could greatly us some insight. Here are the settings on the tilemap actor in the world: 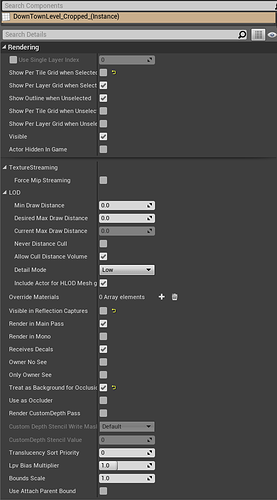