So I packaged a game (for shipping) that I have been working on to show a friend the progress that I’ve made. I tried it. It works on my computer just fine. I even copied the file VIA USB to my laptop, and after installing the prerequisites, it worked like it should as well. However, my friend could not get it to work after installing the prerequisites on his computer at all. He kept getting this same error: 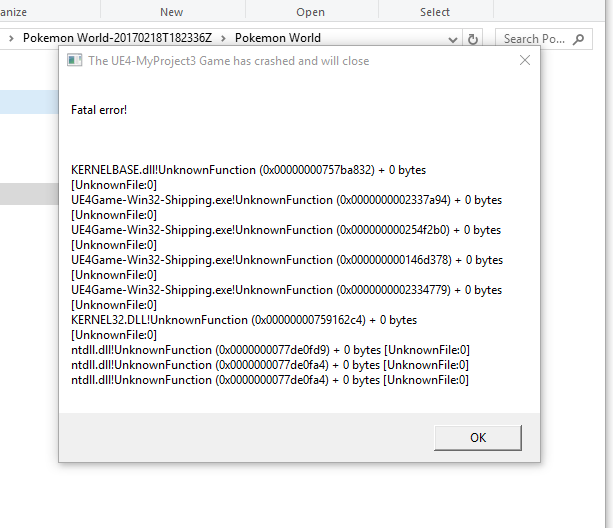 rawr.png613×528 17.8 KB
Admittedly, I did have to use google drive to get him the file (which zips the folder). However, I downloaded the zipped folder and it still worked on both my computers. Does anyone know why a project would be working on my computers, but not my friends?