This looks very well done, the lighting and environment atmosphere are fantastic!

Well done, looking forward to seeing how this progresses. 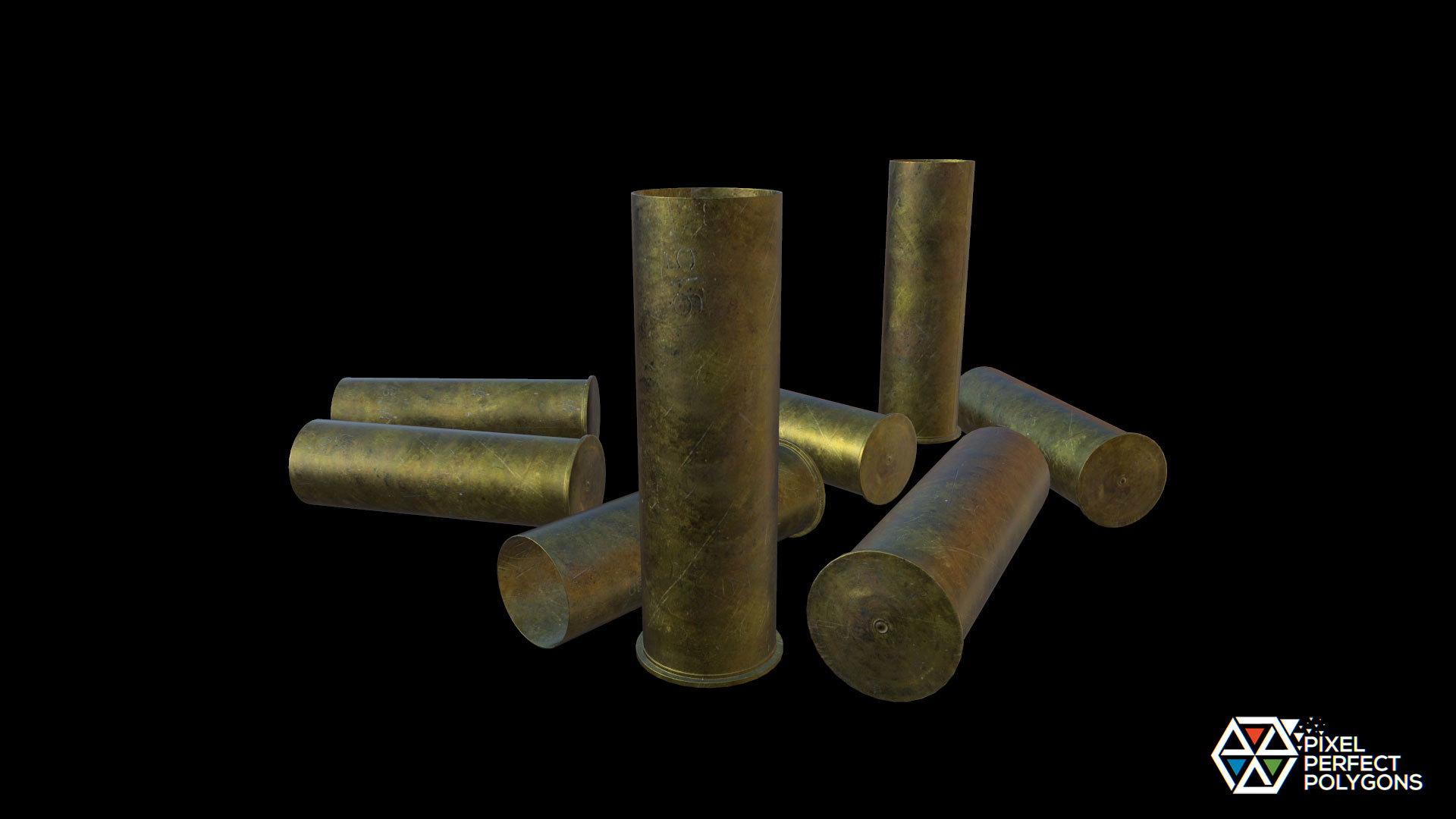 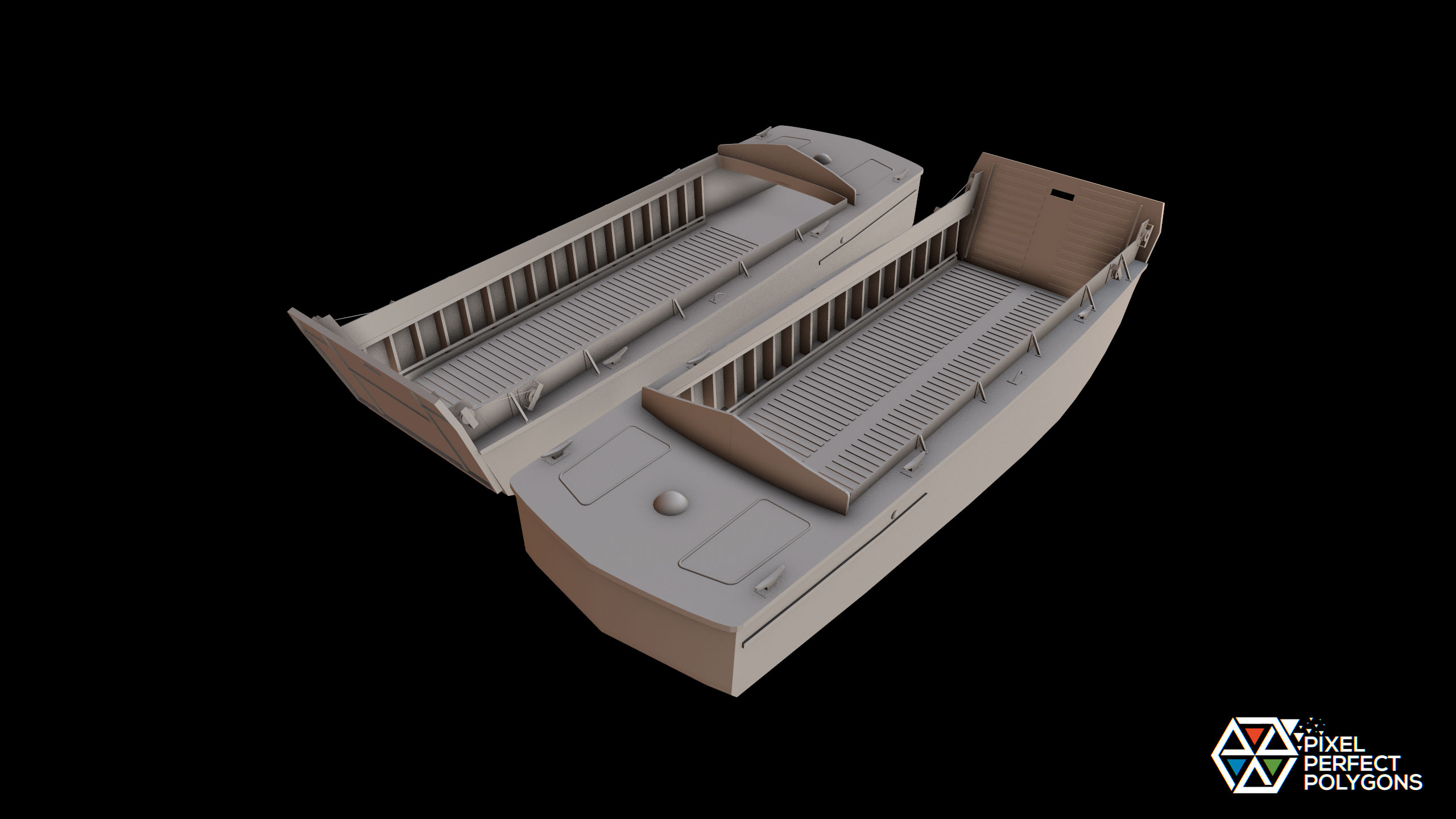 **Here’s a test to add a burned metal look to the spent shell. ** 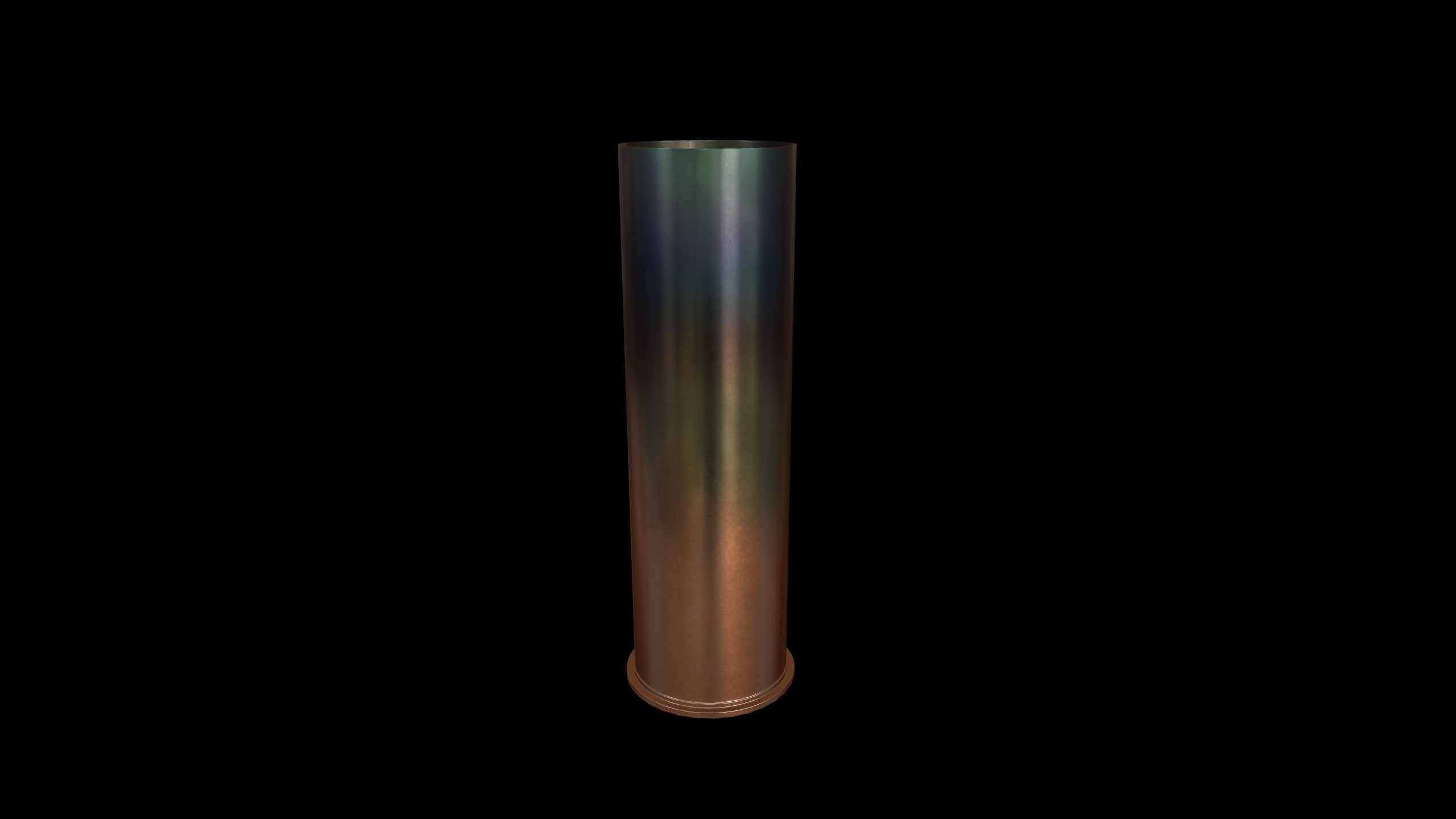 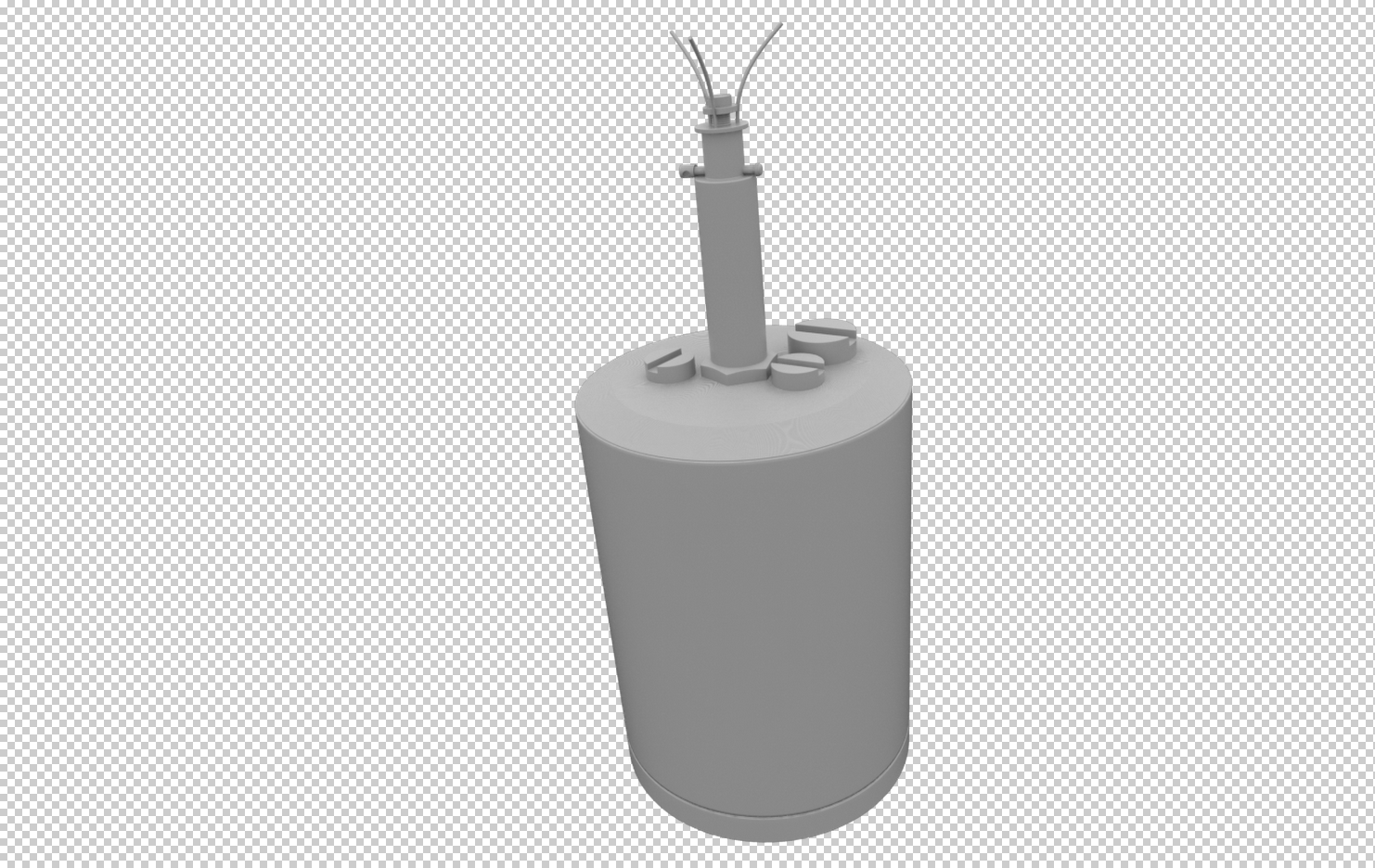 Pixel Perfect Polygons here. Thanks for visiting our thread. We finally have more information for you!

There hasn’t been much posted so far but that’s going to change starting today because we’re moving into production. There have been a ton of ideas and conversations inside Pixel Perfect Polygons on what “Our Ghosts of War” should be and after much heated debate we’re ready to finally tell you about it.

The first thing we’d like to announce is that we’ve created the largest, most accurate representation of Normandy, France ever in the history of video games.

Using satellite DEM data we’ve managed to create a 400km historically accurate terrain that is larger than even DayZ. There has NEVER been a more historically accurate terrain in history than the one you will find in Our Ghosts of War. Here is the first preview of that map. You can see first hand how much ground the terrain will cover along with all the towns and locations that will be in the game. We’ve worked our butts off to make this possible and we really hope you’ll be able to enjoy the fruits of our labor very soon.

Our next update will be posted here on the 15th so keep your eyes open. The update will deal with how we intend the game to play. We’ll break down some of the mechanics of the game along with more information on how we’re intending “Our Ghosts of War” be among the most customizable experiences you’ve ever played. Thank you for reading!

Looking superb, the best motivation and luck for the project.

How did you do that?!

I know that you used SRTM DATA but … hell… That map…

A Tutorial would be most welcome even if it is on a small scale.

Please show me your work flow.

If the map can be pulled off correctly, i would be very very impressed!

Quick question, i am guessing the SDEM Data is from current images and not representative of Normandy at the time?

Amazing work so far! I have been doing a personal research project on Omaha and Unreal in my spare time, one of the most challenging things is finding decent images of the hills and cliffs as well as the placement of the defenses! Here are a few sources I have been working from to help you out if you need it! 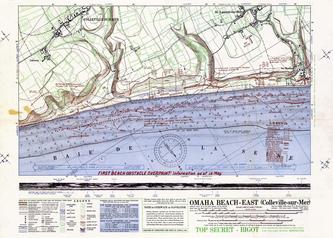 All photos are free of copyright to the best of the publishers knowledge and are available for public distribution. Click on a thumbnail for a larger image. Each Photo Caption given the location...

Today is D-Day.  And I don’t mean that in the figurative sense.  Today marks the 69th anniversary of the Allied landings at Normandy on 6th June 1944.  The original non-metaphorical D-Day.  T…

I’m about to post an update but first lets get everyone’s questions answered.

How did you do that?!

I know that you used SRTM DATA but … hell… That map…

A Tutorial would be most welcome even if it is on a small scale.

Please show me your work flow.

We’d prefer to keep the workflow private until after we’ve released the game. Thanks for understanding.

If the map can be pulled off correctly, i would be very very impressed!

Quick question, i am guessing the SDEM Data is from current images and not representative of Normandy at the time?

Correct. Considering that we haven’t been able to find any satellite data stemming from the 1940’s this is the best we’re going to be able to do for the time being all things considered. I’m sure there are probably resources out there for what the terrain looked like at the time but apart from shelling and the impact it made on the soil at places like Pointe Du Hoc there’s probably been very little terrain changes in Normandy.

Amazing work so far! I have been doing a personal research project on Omaha and Unreal in my spare time, one of the most challenging things is finding decent images of the hills and cliffs as well as the placement of the defenses! Here are a few sources I have been working from to help you out if you need it!

There’s been a good deal of research been put into Normandy already and these can only help. Thank you!

Wow. A lot of really amazing feedback here for “Our Ghosts of War”. It’s tremendously gratifying to hear the goodwill from the the community members who have posted publicly and contacted us privately to wish us their best. Thank you. Thank you so much. It means an awful lot to us.

The big thing we’ve been discussing lately in the team is how exactly to get Omaha Beach to look exactly as it does. A big sticking point for us since the beginning has been to make this the most true to life authentic World War 2 experience that has ever been created. This is going to be achieved through the incorporation of two new technological breakthroughs.

The first of these is by making sure “Our Ghosts of War” is designed from the ground up with VR in mind. Although we have nothing to announce in regards to specifics right now we believe that it is vital for us to design this game from the ground up with VR in mind so that anyone who steps into the game world feels as if they’ve stepped into the boots of the soldiers who fought on those bloody beaches nearly half a century ago. To that effect we’re going to be launching the game with a True-First Person system that will allow players to see their hands, legs, boots, and arms as they trek through Nazi-occupied France and make the experience of playing “Our Ghosts of War” even more immersive.

The second is by incorporating photogrammetry into our workflow. This has been a long conversation and in the end its something we’ve decided has to happen if we’re going to live up to what we hope to achieve. For those that don’t know or haven’t heard about photogrammetry I’d suggest reading this article from the developers of Ethan Carter about the process: http://www.theastronauts.com/2014/03/visual-revolution-vanishing-ethan-carter/.

The plan right now is to practice the photogrammetry process for the next 90 days to get a good sense of the workflow before Jack and I hop on a plane to Normandy. Part of what we hope to achieve is recreating a 1:1 simulation of Omaha Beach that is as close to 100% accurate to the day the Normandy Invasions took place. It shouldn’t be close. It should be the same dang thing. We want to be able to experience what it was like landing on the beachhead and see exactly what the soldiers saw that day. In order to achieve this we need photogrammetry. It will allow to us to get the entire beach terrain translated into meshes that we can use to provide the most realistic example of the D-Day landings ever created.

That isn’t to say there aren’t any wrenches waiting in the works. In order to capture the entire coastline we’re going to need to purchase drones and learn to fly them. Because the cliffs and bluffs are so close to the water simply wading out into the ocean isn’t going to work. Instead we’ll have to attach our cameras to the drones and take pictures of the coastline so we can convert them into 3D models and get them in the game. This of course will require time and money. Both issues that we’re working to resolve right now.

The upside is that apart from the ocean side cliffs where we’ll need to use drones, everything else should be easily incorporated into the game. For example we’ll be able to get a very good representation of the beach rocks you see in the image above in the game. Not only that but the trees, weeds, flowers, and landmarks of Normandy will all be captured as well during our eventual trip out there. If anyone knows of any cool spots we should spot by that might be hard to find and would act as cool sights in the game please don’t hesitate to send us a PM. Our budget is limited so we’re probably only going to be able to make a single trip out there. We’re also holding casual negotiations with someone who is more experienced in combining photogrammetry with drone technology and if we’re able to knock out a deal with them maybe they can go instead of us. If an agreement isn’t reach, we’ll be the ones heading out there instead.

Lastly here are some updates on some assets that we’re developing at the moment. We’ll have another update for you next week when our multiplayer servers should be running. Take it easy guys! 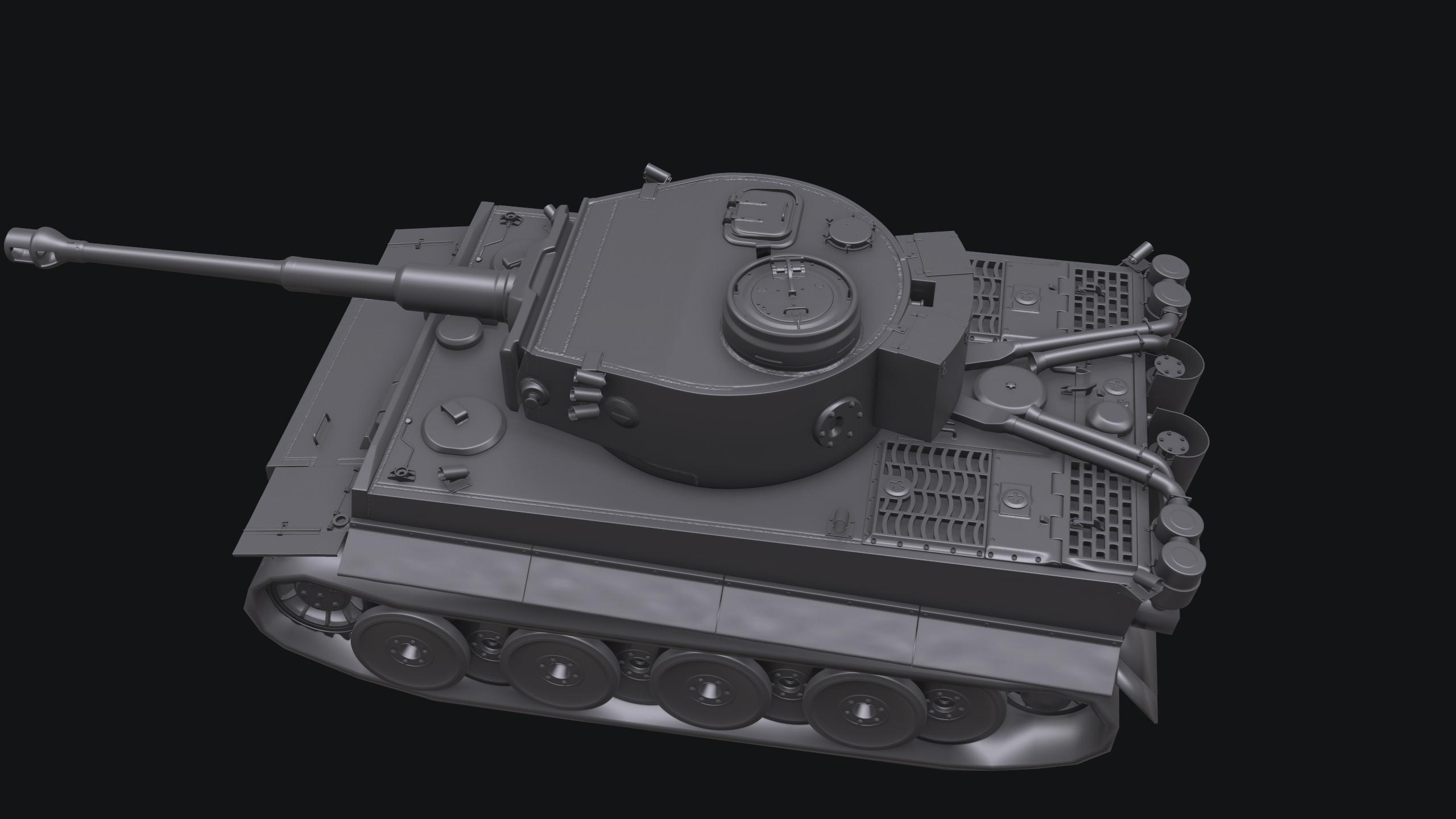 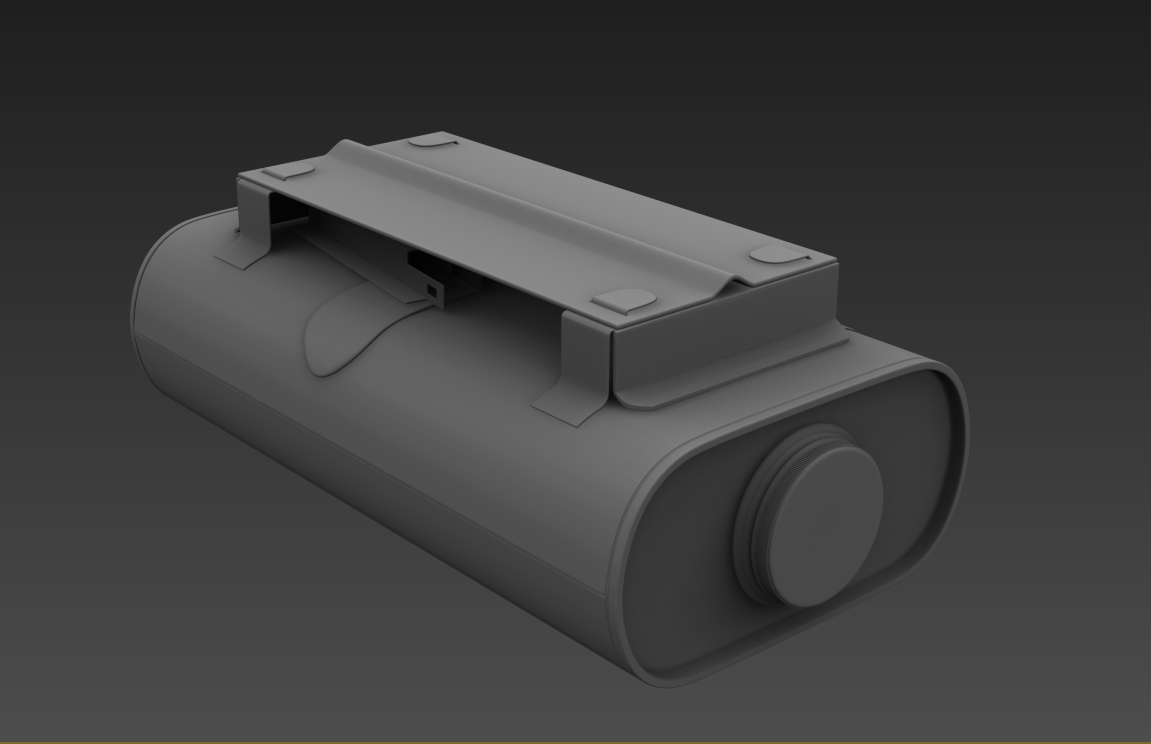 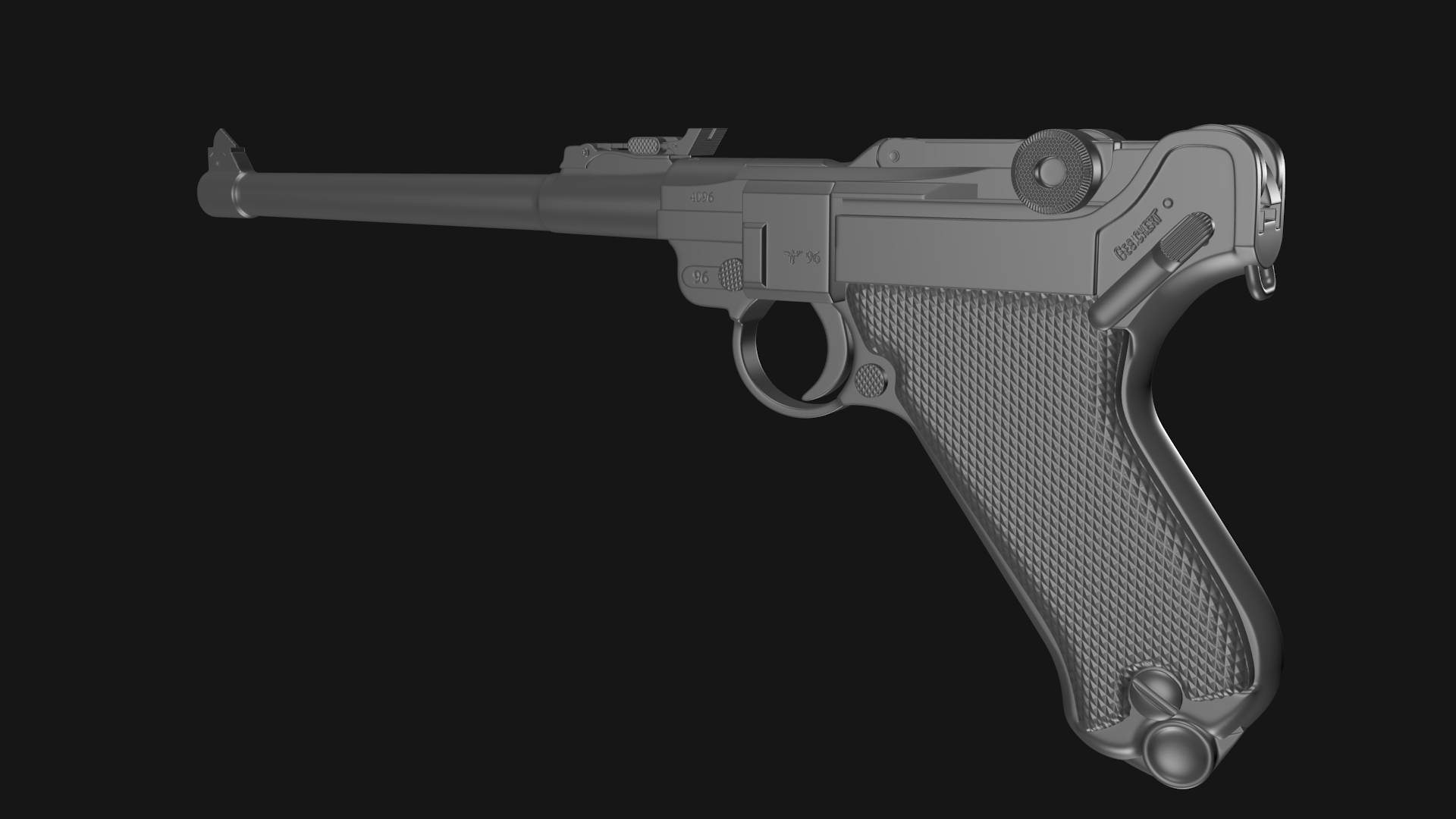 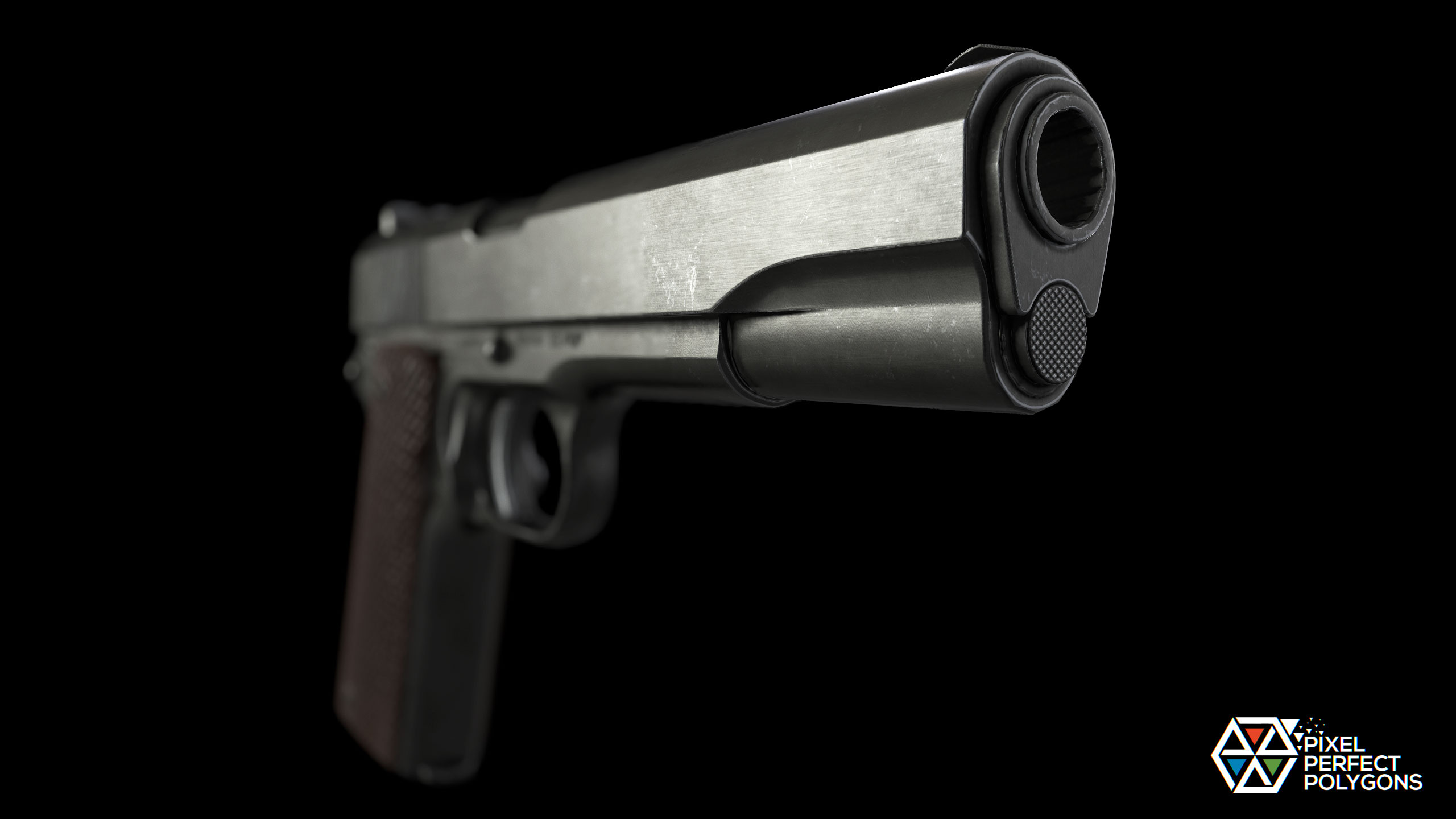 Liking the way this looks so far! But you should really show more angles of the 1911, and without the depth of field, if you’re going to show off the texture work. 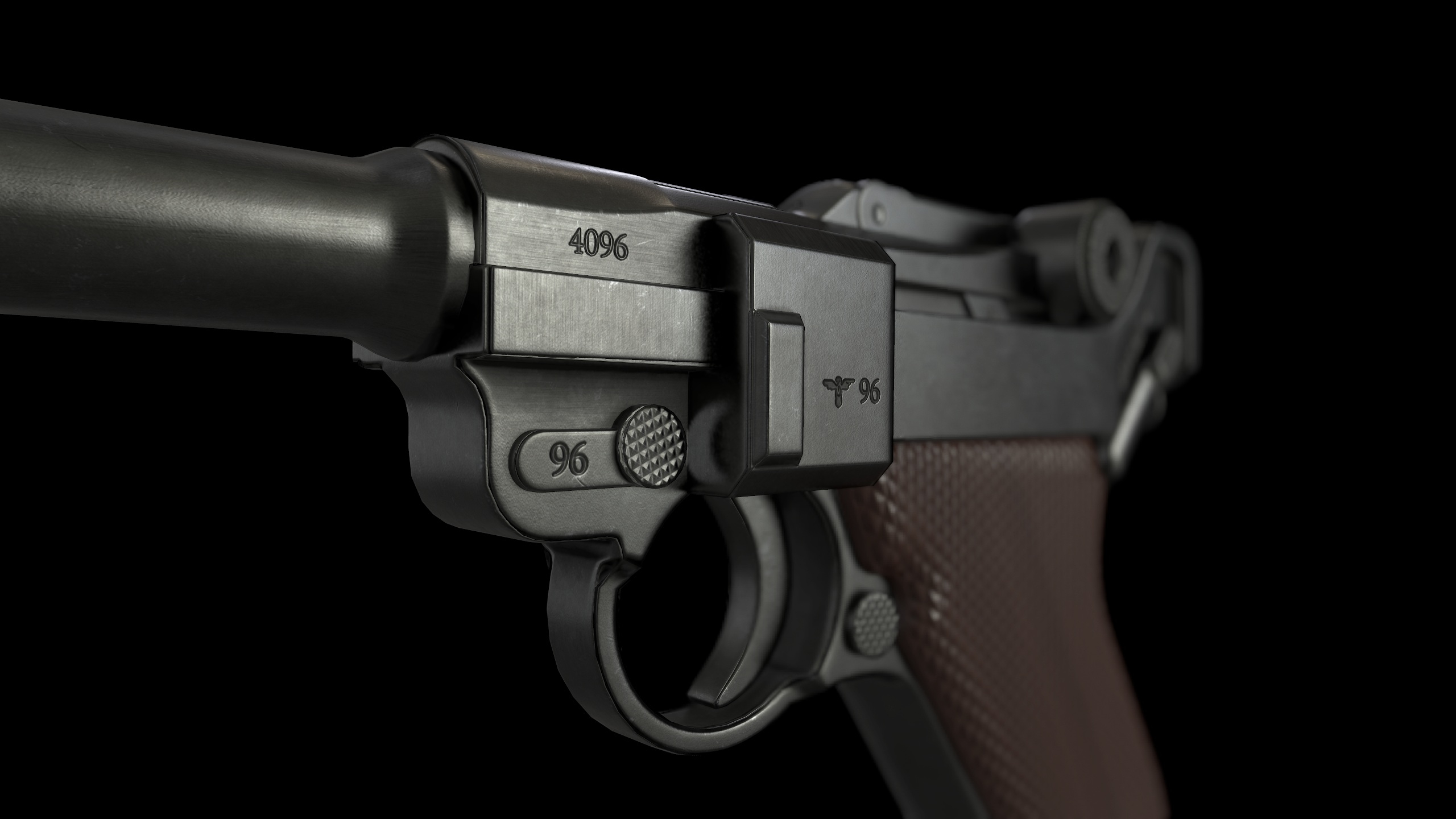 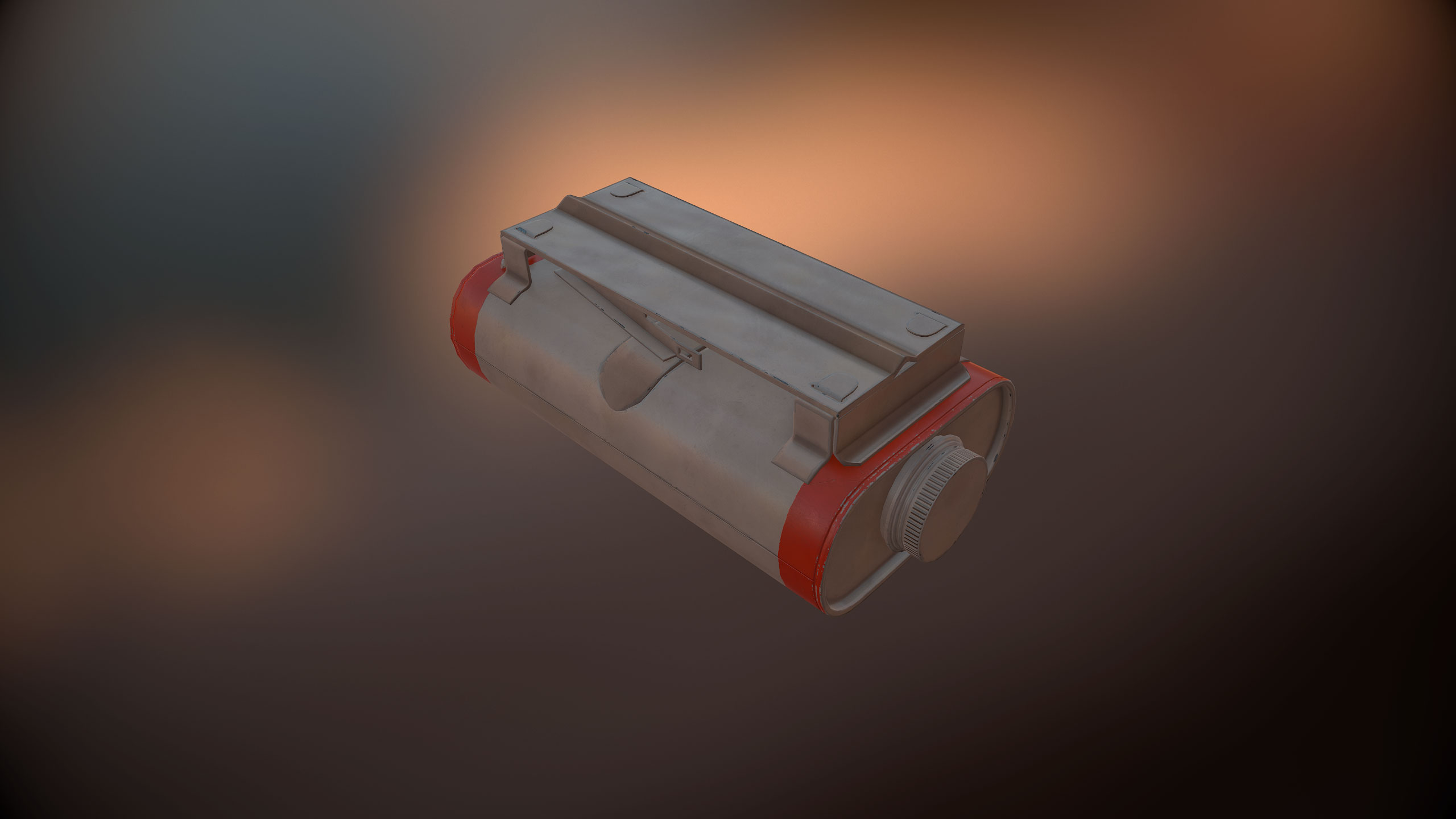