I don’t know if this is a bug or what is happening. I have something that runs the way it should in the viewport and mobile preview but doesn’t on my ipad.

I even placed a counter and a function to change the material of some items to make sure the path is firing off which you can see in the below pic. On the computer the materials change correctly and the function runs every time but on the ipad it runs every other time and the weird thing is the Debug Count increments every time but the Change Tile Material and the Remove Note Tiles Used run every other time.

I thought maybe it had something to do with touch events but mobile preview simulates the touch and I can tell the path is firing off every time because of the Debug count incrementing. I don’t know how else to debug it on the ipad 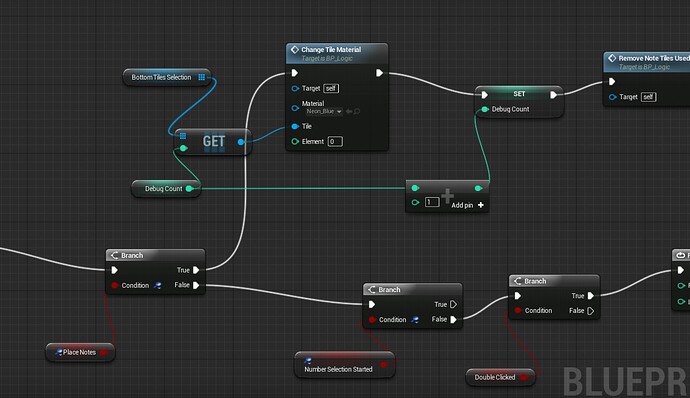 I ended up getting it to work correctly by rearranging my blueprints a little but I’m still not sure why it would not run correctly on the ipad but would on the mobile preview.

Hi there, did u finally find the exact reason? cause i’m getting the exactly the same problem that some node never exec on mobile when they exec correctly on pc preview mode