Need help casting a blueprint after already casting one

Hi people, I’m trying to cast a second time inside the same blueprint to use a custom event I made for it. I’m trying to make a checkpoint and respawn system but I’m not able to get a correct casting, it goes to directly to the catch.

The cast to MC_BP works correctly until trying to cast to BP_RespawnZone it doesn’t work, both DeathZone and RespawnZone are actors.
The second image is just the event I want to perform after the end collition event, it works fine.
What am I doing wrong? 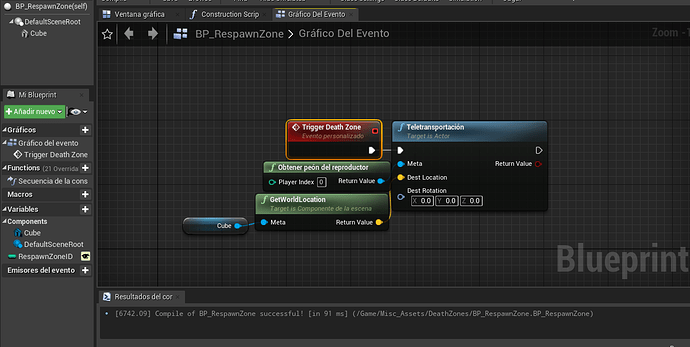 You don’t need to cast twice. Other Actor is already an Actor - see the blue note.

Just cast Other Actor to the BP Respawn Zone.

I tried that, but it’s still not working

I tried that, but it’s still not
working

What is supposed to be happening here, could you describe what you’re trying to achieve?