I render 3D art and love the Unreal content free and stuff I buy, I am not a coder or game creator and mostly use the cinematic sequencer or Shadowplay to produce renders. I also love the Ansel plugin but it needs me to “package a game” to work.
I have a 50/50 success rate at this at best.
I honestly don’t know what I am doing and only really want a playable demo I can screenshot, save 360 HDR and use shadowplay on.
I would love it if Unreal gave us an option to get the demos as playable games with Ansel (and VR support for those with sets)
I have been trying all day to package the MedievalGameEnvironment Demo that was just released and it fails.
My sad PC really cannot play it nicely fullscreen for shadowplay with the editor open either it would likely play a cooked game.
The previous demos all play nicely as games and I even added lots of animated animals and DAZ people to most of them including the third person player.

if I allow it to cook on the fly during play I get a binary here
C:\Users\User\Documents\Unreal Projects\MedievalGameEnvironment\Binaries\Win64
if I play that “game” Ansel works 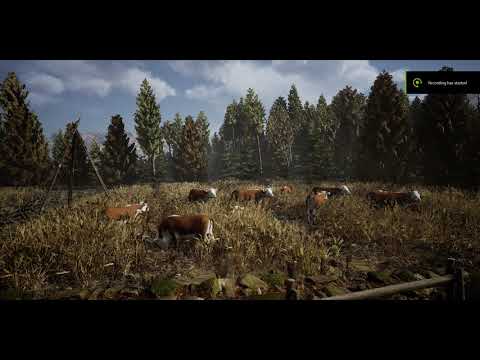 I tossed in animals too