Sliding in my submission by the skin of my teeth.
Do teeth even have skin? Regardless heres the game:

Cat-former 3-D
Made by Catalyst Studios

Shoot Cats for cat points before they break all the platforms.
Shooting a cat respawns tiles, use F to slow down time, the rest is self explanatory, How long can you survive?

Update
Our Artist Marianne had some nice last minute updates for us! New colorful Caterpillar/Slug! She also sent over some nice UI buttons! And she even got her mic out to record a sweet scream for when our creature gets propelled by the rain!

I know that the project file is big so I’ve uploaded another video for those that don’t want to re-download. Otherwise the link from the previous post and this one still work

There are 2 little bugs in the game, sometimes our creature will scream again even after suddenly vanishing from a mysterious feathered predator! And also the pause menu buttons need a double click to work. I apologize for those oversights!

Game Perspective
Proudly delivers this project to the May 2015 Game Jam!

Enjoy and best regards to all!

Inspired by the “Hotel Remorse”, I made a small advanture game with easy puzzles. Ps:My art skill is very very bad……lots of stuff are migrated, except a cat and a dog

<3 This will surely come in handy when all of this is done tonight! 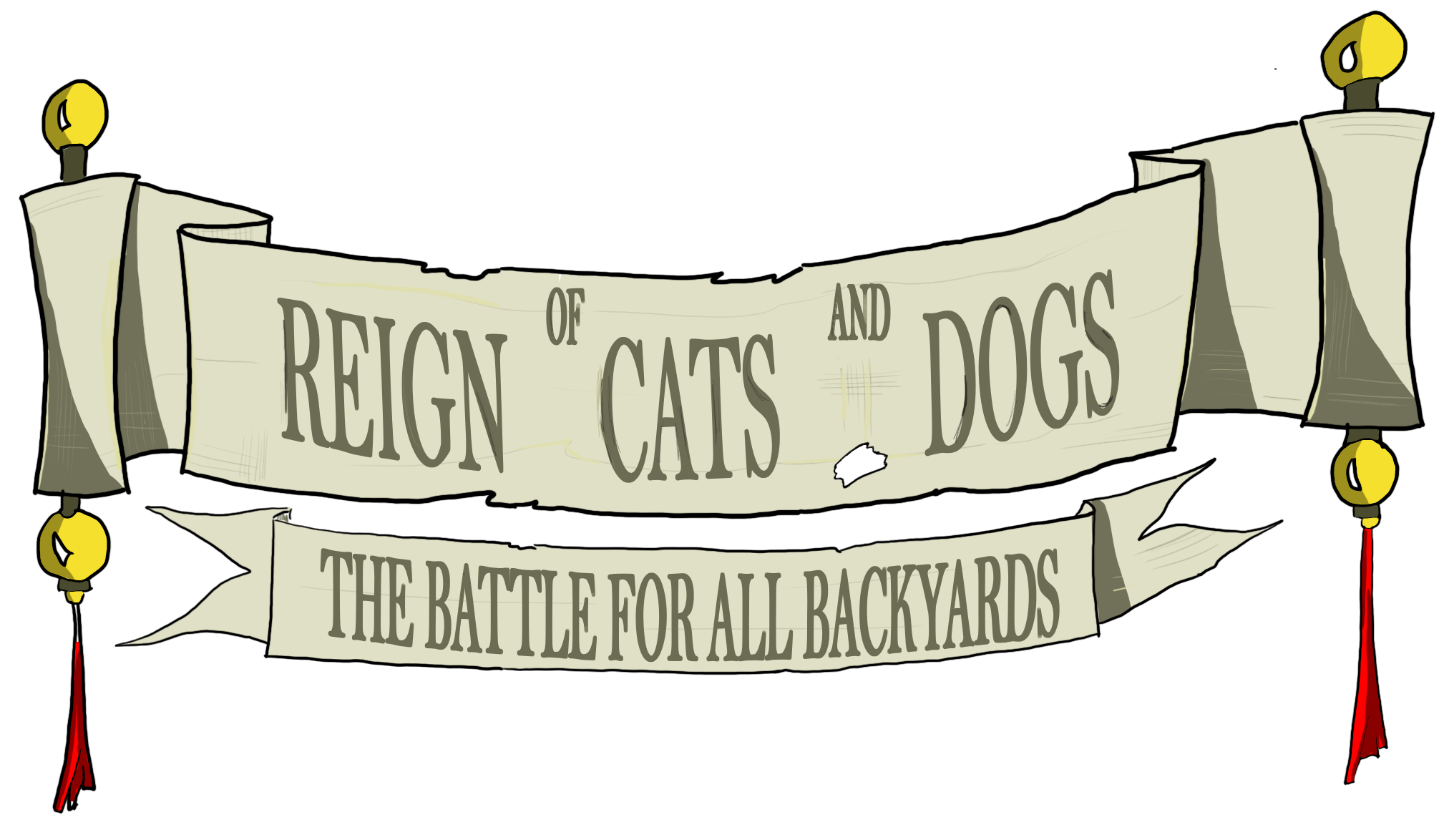 First game as team, first game jam for everyone.

Cats and Dogs have been at war in Hometown, USA since the beginning of time. Anytime a new neighbor moved in, the dogs and cats of the neighborhood fight to decide which pet the neighbor will have. As the arms race ramped up from simple alleyway fights towards ever-increasing technical heights, the two smartest pets of Hometown (Coincidentally a dog and cat respectively) happened across the same breakthrough at the same time. The Change Ray, pinnacle of Dog vs Cat warfare- capable of turning your very enemy into your comrade. Cat vs Dog warfare now only involves trying to get as many troops into the backyard as possible while employing a turret to shoot the opposing forces in order to convert the troops to friendlies. Some progress has been made in backyard deployment technology, but as of yet the most advanced deployment seems to be just ripping technology from the birds. It’s all down to you- Choose your side.

No animals will be harmed in the playing of this game.

Here’s a VR submission for this months game jam.
Sit back and enjoy sitting on the porch, watching and listening to the storm.
Take it into fullscreen for VR, and works best with headphones

game: CatsVDogs
team: PickleMan Games
team members: jon towry
Link: Dropbox - Error
grab the cats and dogs if you miss too many its game over! use a and d keys to move.

Awww man, Will I have enough time to summit? It’s still packaging!

My first game jam. Wish I could have spent more time on it!

I took a quite literal interpretation of the theme. It’s raining cats and dogs, and you need to safely escort your sphere of fragility to the cave of safety.

There is an issue with the menu, if you press esc to bring up the menu, the mouse loses focus when you press esc again to close it. Didn’t have time to fix it!
WASD - Move
Mouse - Look
Space - Jump
Left Click - Push
Getting hit by a falling cat or dog hurts, be careful!

I won’t have enough time to submit mine

In our game, you play a roll of toilet paper on the quest to get home without getting wet.

Move with WSAD, the rest is explained in game!

Disclaimer: We kinda didn’t get around to designing many actual puzzle levels… so you’re gonna have to make do with the tutorials!

Our Submission: Meow vs Woof

Notes: This is our first game jam project. It’s missing a lot of the things we wanted, but we finished!
PS: We apparently forgot
Description: Take flight in the fight against the mutts or the felines! You are a paratrooper in the cat alliance or the dog army. Pilot your character to the landing zone where you are most needed. Your side must control all the points to win.

Sadly mine is still uploading and due to bad internet it wont be ready on time:mad:

Edit: So after fighting more than I would have liked against my internet I managed to upload it. Anyways, I tried the packaged build which for some reason uploaded with some out of date textures and blueprints, which made the menu unusable and took some bugs along with it.
In short, the game is unbeatable and hard to understand but it should work in very optimistic circumstances, so here it is.

You need two controllers to player (Sorry very much. Didnt have time to implement the all keyboard controls). Left analog to move the screen. Just press the button next to the tower/troops to execute the on screen action.
The game is about predicting your enemy’s movements (or guess) which enemy squad to attack while he is not defending them + defend yours at the same time.
Both players simultanously pick which troops to defend and attack! (No peaking at the other controller)

Left screen defends the castle on the left, right screen gives orders to the archers on the right.

During the “raise shields” stage, you should press start to not raise all the shields (choose 1 or 2) or you will break the game (it will break anyways)

We are also having some problems with our website… hopefully we still qualify?

Streaming all game submissions on http://www.twitch.tv/awesomeallar

Don’t worry if you’re still uploading, Epic and everyone is cool with it.

Streaming all game submissions on http://www.twitch.tv/awesomeallar

Don’t worry if you’re still uploading, Epic and everyone is cool with it.

We made a small 2D game.
Spawn clouds on the left-hand side. Click and drag them into each other to make bigger storms. Use tornadoes to destroy water bottling operations.

Oops, I had used a variable before assigning it so it was crashing immediately outside of PIE. Updated the new package.

Sadly mine is still uploading and due to bad internet it wont be ready on time:mad:

upload it anyway, I know your game will be really cool.

2 Player Game.
(Game needs two controllers with x-input to be played, we didnt have time to code keyboard inputs for two players 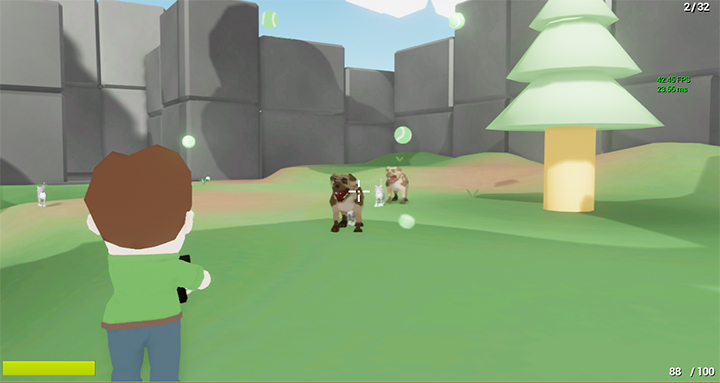