I just stumbled over a little kind of Bug with the new Material Reroute Nodes.
When plugging a reroute node into some MaterialFunction Nodes. But I made a Screenshot so it´s best to look at that first: 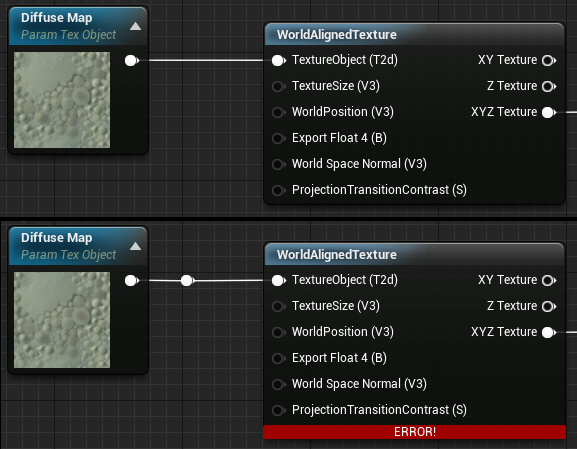 When using that node like I used to, it works as before. But when i use a reroute node between the 2 nodes it says “Reroute node bound to proper Texture Type!”

I don´t think this is intended to output an Error so I assume it is a bug.