im trying to get an actor to land on the surface and adjust its rotation to match the plane of the "wall"without rotating its yaw.
i have tried mathing at the rotation but cant seam to figure it out.

i had this working under physics before but was causing serious issues with replication(mainly on low end cpu as listening host) so i know physics isnt the way.

my current solution is to do 2 line traces for x and 2 for y .then using the time output to figure the ratio of +/- then mulltiplying that by the equivelant rotation and setting. but this seams janky to say the least

any help would be awesome

You can get the rotation of a face on an object by using the normal of the face. 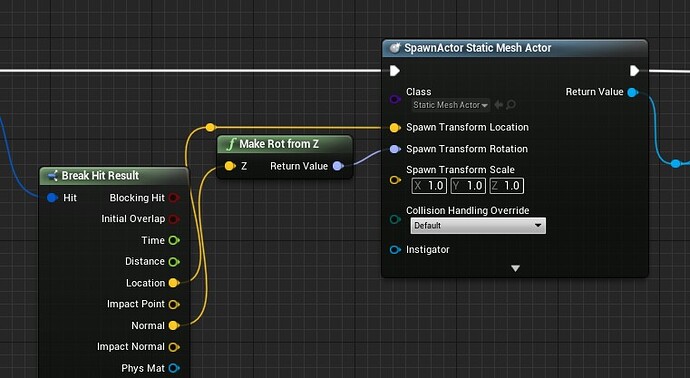 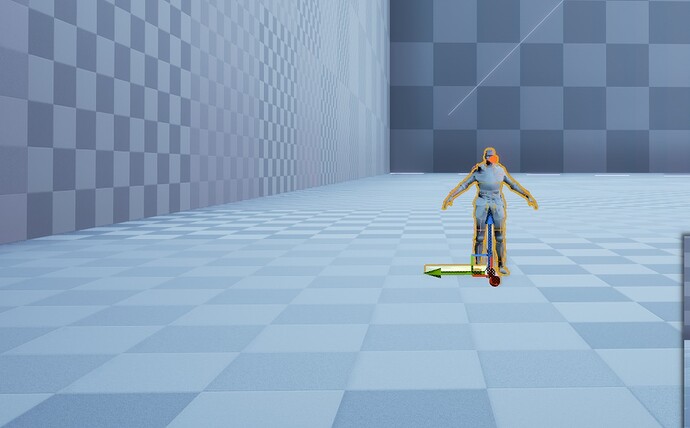 this guy can rotate around his roll 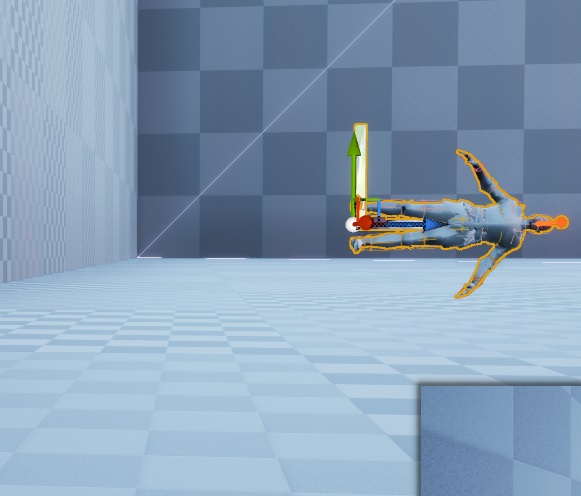 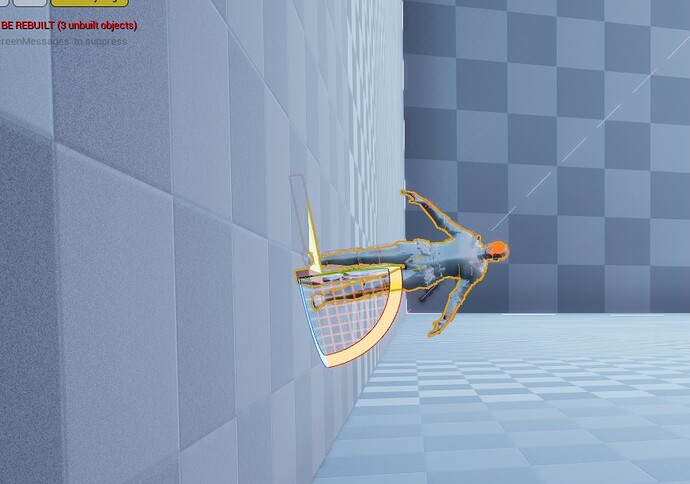 I’m probably not getting this ( very probably ), but I made a BP which likes to keep it’s own random yaw, and I can still take the orientation from the normal: 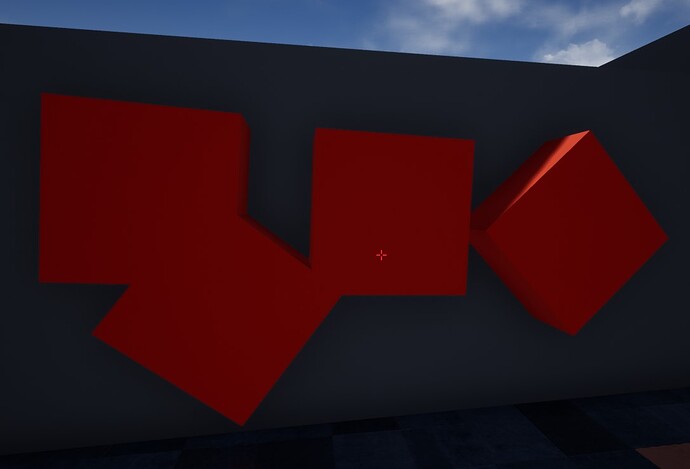 this is a realy basic example

q rotates the roll 90
w,s for movement
aim is basic

you may understand better this way

Sorry, no idea. It’s very hard to tell what exactly the pawn is doing.

I tried aligning it with the normal during fall, but it’s impossible to tell what’s going on.

Thanks for the example though…

It’s certainly possible, I’m just not seeing it at the moment…

the normal changes because its world alighned i was hoping to be able to pull the relative z of the surface normal then apply that to just the pitch and roll but that dosent seam to be an option.
so ill right a corrrection algorythem once i figure out what that algorthem should actuly do