Hello, I have used the basic tutorials on how to make a Temple Run like game from Unreal Engine (Link: Endless Runner: Overview & Player Control | 01 | v4.7 Tutorial Series | Unreal Engine - YouTube), unfortunately they do not show how to add in main menu’s and other stuff.
Anyways I used this site to help step me through making a main menu, the differences is I am making a third person temple run like game and not a first person shooter, I was given extra coding to use that would spawn 9 blocks in front of my player as it is constantly running so that the game can have an endless feature to it.

This is my coding, I don’t know what’s wrong with it, I tried a few things but nothing worked to make my game start when you click the button “Play Game.” 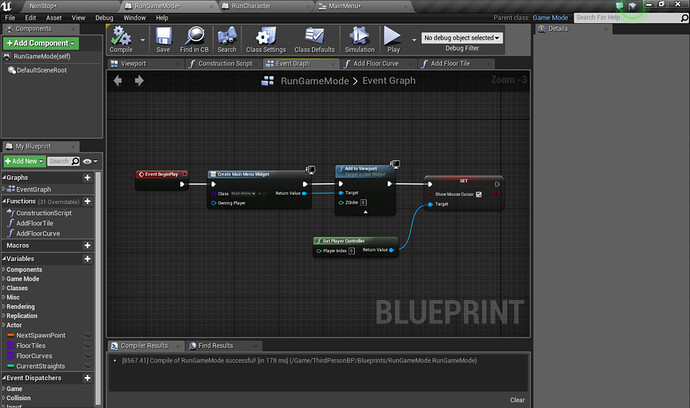