Issues with my character animations...

I’ve recently set up my character with animations, the main swimming animation consists of a blendspace between idle and swim, and turn left and right. Speed on the Y axis Direction on the X.

When my character swims horizontally the animations work perfectly, but when I pitch up, the character locks into the turn left or turn right animation and tries to blend with the swim animation but the turn animation takes over. I suspect this has to do with how the character reads direction differently when its pitched up.

I’ve attached screenshots of my animation BP setup and a video of the issue in action below. I suspect that the GetActorRotation node is the one that’s causing the issue when the character pitches up, maybe because it reads direction based on the world horizon? I’m a noob this is my first custom character I’ve only been developing for a week ,so any advice on how to fix this appreciated. 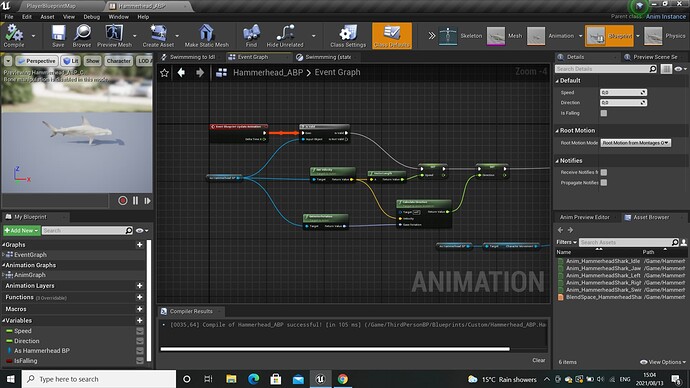 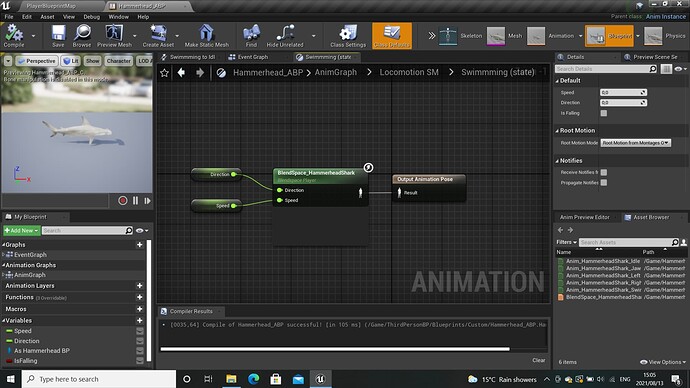