Is Matinee required for moving platforms?

I would like to know if imported animations can be used as moving platforms. I have imported a skeletal mesh escalator test, and added box physics assets on each step. The collision works great but there’s one problem, the stairs slip out from under my character. It works perfectly if the platform only moves up and down, but thats not the case with an escalator. Here is a small video of my problem, thanks in advance for any help!

Tesla created a tutorial for a moving platform using Matinee: (If you scrub to around 0:35 seconds onwards)
http://www.youtube.com/watch?v=THCR9p5mIz0 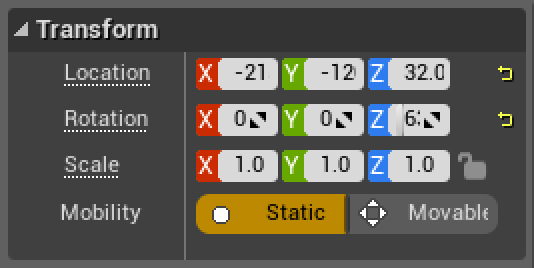 Whats your settings like for your character/escalator mesh? What if you set the transforms from static to movable in Blueprint->Components Tab?

Thanks for your reply zanni, I am aware I can use matinee, my question is can this be done without matinee, using a imported animation?

Ahh interesting question, if you reverse the animation in your modelling package does:

I will build a small test now myself and see what happens. Cool idea though!

Edit:
Two possible solutions I’m going to try is altering the physical properties of the stairs, and create a blueprint that when the player steps onto an escalator step it triggers up a small invisible plane behind them to force them to stay on the escalator. The second option has disadvantages though.

Thanks so much for checking it out Zanni! I look forward to your findings.

I prefer timelines myself for simple animations. So yes you can do it without matinee.

I would usually not use a skeletal mesh for an escalator. Any animation that can be done in the editor in general should, with skeletal animation reserved for stuff you can’t do in the editor (deformations etc.). Memory and processor wise, though you could say the benefit may be offset by the increased drawcalls from building it in the editor.

Try animating in the editor and see if that improves the collision issue.

hourences, you say timelines will work without matinee? Can you explain how to achieve this? I know that in most cases, matinee would be the way to go for an escalator, but for testing purposes, I wanted to know if this can be done via imported animations. This could lead to some amazing interactions, (such as running around on a giant skeletal meshes back like “Shadow of the Colossus”)

Animating the escalator in matinee brings up another question. Would each step have to have its own matinee actor? Sounds like it would get a little crazy if there was 30+ steps…

I think you can control Timelines via simple Blueprints.

Heya Raul no joy on my end yet but I will take alook during lunchtime tomorrow.

Since version 4.8 exist a component for actor calls : InterpToMovement which let you make a actor move between points , I attach an image how I perform a simple Platform moving as pingpong . 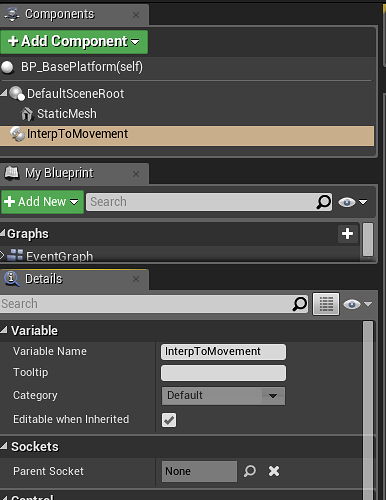