I have seen posts where people are have a slow response with intellisense but I seem to be getting the opposite. When I start typing, a new window opens for every letter. I have shown a screenshot. Not sure what made this happen. Any suggestions? 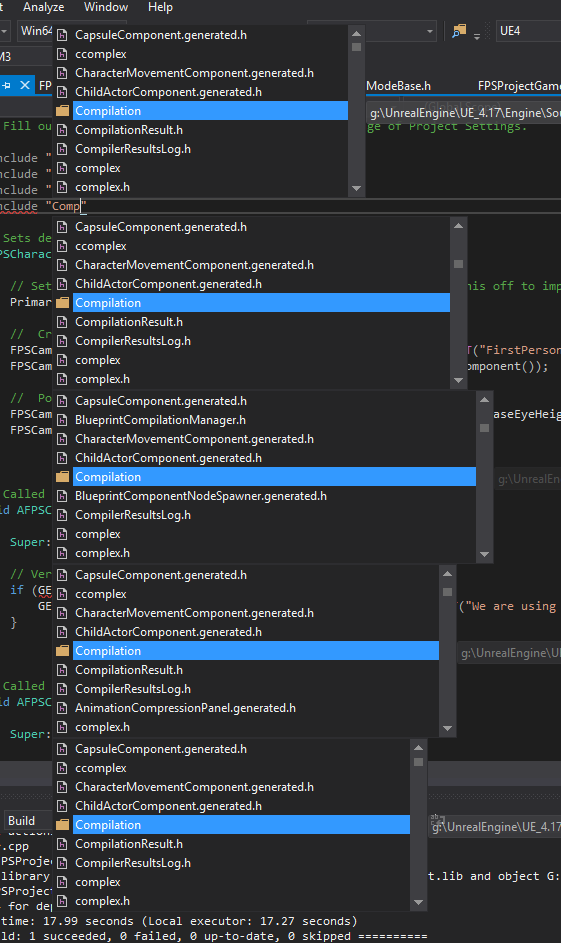 … thats how it should work. Its Autocompletion. It suggests you what you might want to use. Its a Feature of the IDE x) be happy!

Edit: Or wait do you mean it literally opens a new suggestion Window for every Letter? (I assumed you Photshoped that together there for a second)

Thanks for the response. It actually went back to just displaying a single drop down list after a restart of visual studio. I’m not sure what I did, but when it just kept opening windows recursively like that the IDE froze. At one point I think I had close to 15 drop down windows all at once just typing in a single include statement.