I have had nothing but negative experiences when trying release content to the marketplace.
Out of the three things I have submitted, all three have left me with a really bad taste in my mouth.

Case :1
My very first attempt and the first time I have release content to the public outside of game modding was a big moment for me personally & I was exited as crossing that threshold.
So I submitted this project that people on YouTube were constantly asking me to release for sale. 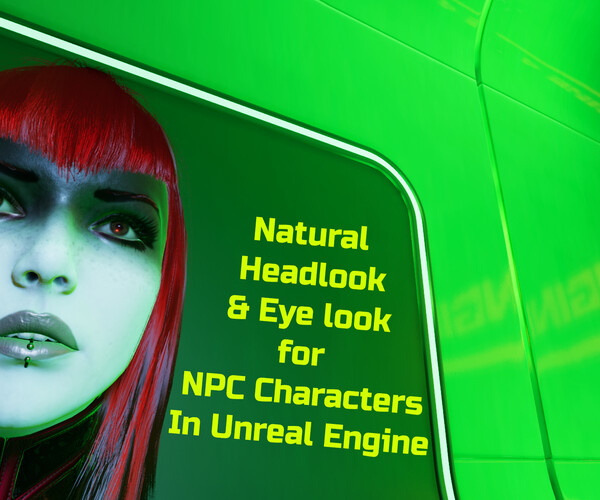 Game Assets - UE4 NPC, natural head and eye tracking of players in VR and 3rd person., USD $0.00. Realistic  head Look & Eye Look for NPC's ActorsdescriptionEasily bring some Life to NPC's by having them look at...

Over the course of the week I was requested To make numerous changes, and I did each time I received the changes needed email.
Then approx 8 emails later I was then asked to make a tutorial so I invested more time doing just that writing out a document with picture diagrams and such.
Then came the

we have decided not to move forward with your product at this time due to the following reasons:

I was confused and annoyed at the time I had invested in trying to get this accepted and the request to make a tutorial, Only to be refused at the end.
I released the project on my Artstation marketplace instead and it sold 10 times just last month. (so much for not enough content )

Case 3**:**
I spent my weekend putting this together for release ArtStation - Basic Melee Weapon Pack for UE4 | Game Assets
On Monday I received an email that it had been declined because the file download link had permissions, My mistake as I had forgotten to allow access on the file from my Google drive.
But I was a bit annoyed that Instead of it being set to changes needed where I could just edit that single line of text in the draft , they outright declined it forcing me to create the whole project pictures and description / settings/info all over again.

we have decided not to move forward with your product at this time due to the following reasons:

Now I’m confused because I searched the marketplace for similar content packs for comparison and Mine is equal in both content and price to others already on there.
11 unique meshes 17 materials & 56 textures Is Not enough Content???
At this stage I am left feeling paranoid that I’m one some kind of blacklist or being because it seems at every stage it I have encountered resistance to being accepted by the gate keepers.

I have lots of content I want to release to help my fund my projects and help me out But I have lost all faith in this process and am left feeling is it actually worth this stress to even bother with the unreal engine marketplace again as I feel it should not be this difficult to get simple things released.
its night and day between ue marketplace and artstation marketplace.

I think what you are missing is better explanation of why they decided how they decided. It would be probably nice if they could offer that on request. But by no means I would like them to lower requriements because they are doing very good job in filtering for example lower quality assets or unconsistent styles which are not checked on most other stores at all. They are helping the marketplace to keep the quality at some level, so devs can atleast partly rely on the content provided. It might be that they compare similar packs in terms of price & quality and just then allow another to the marketplace.

Quality is not the issue here.
Saying there is not enough content when It is equal to weapon packs already on the MP is where Im thinking what the hell?

As one who is buying a lot of marketplace content, I also wonder how some things actually get into it. The quality of certain packs don´t really match the price you pay for it. I never been into this marketplace approval things but as a customer, sometimes I don´t understand how some assets made it into the store while others may experience issues like seen above. (If there is nothing more behind the whole approval process in that particular case that would justify the decline)

It is indeed fantastic that the marketplace administration is having a good eye on the whole store and overall, the quality is much higher than I have seen at another engines place. (no puns) Thank you Epic!

About your pack, don´t take it as something against you, just an overall idea why it would be declined.

I am looking at the picture for the Basic Melee Weapon Pack for UE4 from case 3.
From a pure artist point of view, “it looks” like you sell a lot of models while they are actually a mix-up of shared meshes with different materials in slight different combinations. 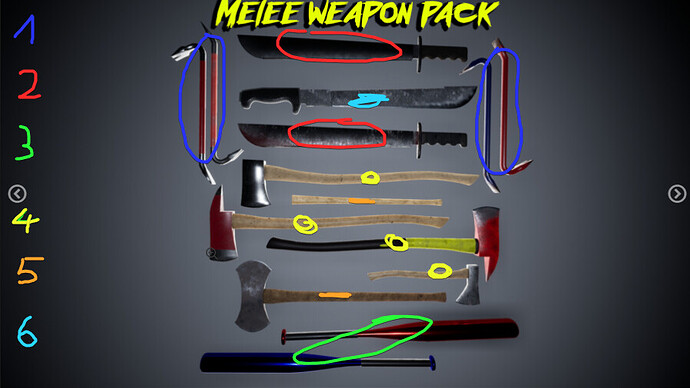 But that I think is not bad at all because the price point of like 6 Euros is totally fine for the number of items you actually get out of it. If i would buy it, I get kinda a lot of unique meshes and a couple of materials for under 1 Euro per asset, which is a big bargain.

I would probably present the “unique” weapons on one sheet as the pack and then a second picture showing the alterations of it with different material sets, giving the final numbers. That does not virtually blow it up just to look like the package is having “a lot” while in reality its a mixed bowl. The screenshots on your Artstation look totally fine for me though.

Thanks for this input Kajiisan

I emailed Epic and asked them to review the case, as I felt it was unfair, and I provided links to other weapon packs proving that ones on the store were of similar or less content and I could not understand why theirs but not mine.

If you would like to increase the overall texture and geometry quality we will be happy to take the submission at the current amount of meshes, if not we would like to see more unique meshes.

I can take criticism just fine, I’m Not a overly sensitive person so I was much more helpful that a generic not enough content reply that basically told me nothing and caused frustration when I looked at the market before submitting to be competitive .
These were models I created a few years ago that I thought I may as well sell. so I will prop give them a facelift
PS: I’m glad The font fit and is liked as I always struggle that decision

Don’t take it personally. and keep on resubmitting without actually addressing anything which you don’t actually need to address (such as adding more content)
eventually you’ll get the employee that’s not an idiot and get approved.

Consider this, on my product for setting up cameras however the user likes, the idiot of turn decided to decline approval because “the transitions happen too fast”.
the literal point of the plugin being you can customize the transition speed.

I got the “Not enough content” treatment a couple times in my earlier attempts. I know it can be really frustrating and diminishing.

One thing you can try is to see if there is any redirectors in your project. These are often automatically generated when you move or rename stuff that’s already in the level or perhaps referenced by something else(I’m sure there are more accurate descriptions). As I understand it is a deal breaker. When my projects have redirectors in it, it quickly gets declined.

Well its happend again!
I Submitted this,
Cargo container PackAnd it was perfect in all the requirements and I instantly got the NOT ENOUGH CONTENT message again!
Even though I checked the market place for similar stuff.
I have basically given up with the unreal engine marketplace and will just stick with my other stores for now as its so much easier and less hassle.
The NPC head look template has sold over 28 times now and is my biggest seller so great job! Whoever rejects these things!!!

With regard to the Cargo container Pack. It does appear to be 4 basic containers with one material in 7 colors. There are similar packs in the marketplace. Perhaps you can convert and repurpose yours into a Modular Container House Building Kit. I would be your first customer! 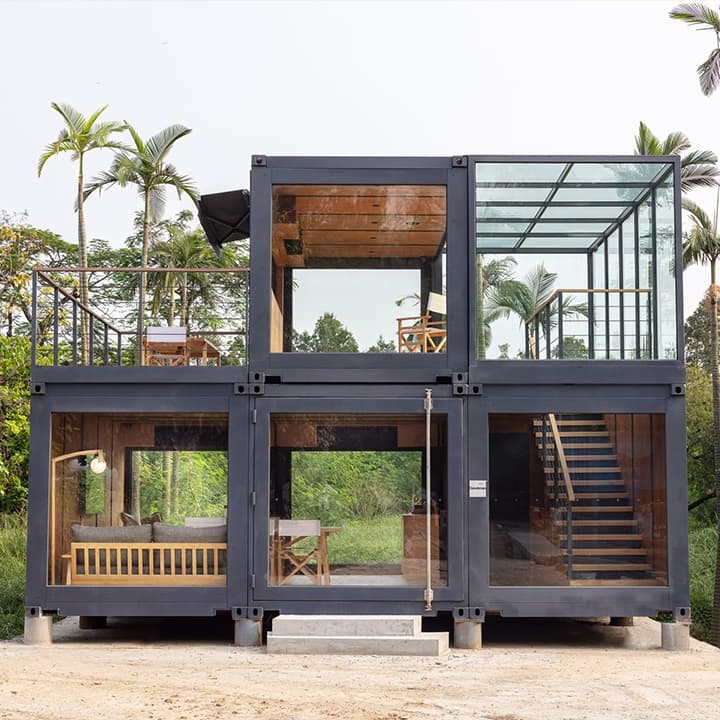 You can’t just make variations of the same mesh and say it’s enough content, that’s why you’re getting knocked back. The cargo pack has 4 meshes, with some texture variations, which if done right, should be done using an albedo mask anyway.

EDIT: The cargo pack listed above has interiors and a lot of other unique meshes

Its Not just meshes, Its actor BP with code and selection drop lists and it has many settings and auto picks the correct materials, and if it will have an internal mesh or not., Full custom decal settings setting door positions in editor.
Im going to make a video showing off it use.

EDIT: The cargo pack listed above has interiors and a lot of other unique meshes

Those a real pictures Not game packs.

and the other pack is what I checked prior, Mine also has internal meshes. The only difference from mine is it has 2 other meshes that are not containers. Which i could easily add extra stuff like skips and other models I created But I strongly believe it would be the same answer which is what I find REALLY frustrating. Mine gets not enough content but I can see a similar pack with practicality the same amount.