Importing Skeleton mesh from Unreal to Blender and back again

I’m quite new to Unreal rigging so forgive me if this is blindingly obvious. I’ve been trying to export the VR Mannequin hand from Unreal Engine to blender and then back again into Unreal to get the workflow of using FBX Skeleton Meshes and editing them in Blender. However every time I export it from Blender, the skeleton mesh that Unreal imports using the same skeleton as before has messed up animations. The idle pose is fine though.
See pics: 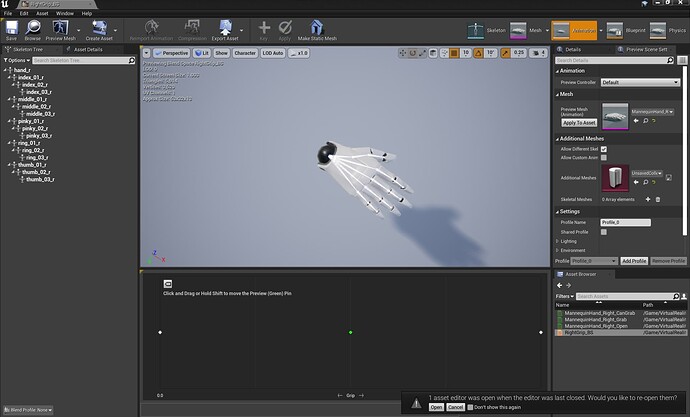 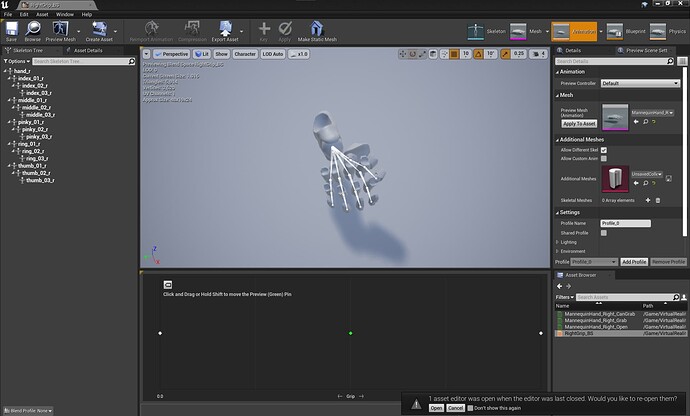 I’ve also tried using Send to UE4 and also Blender to Unreal Engine addon in blender and they both give the same results. Can anyone help me solve this, I’ve been on it for 2 days now. I must be missing something but I have no idea what it is. Am I doing this the wrong way if I want to retarget the bones and animations onto a new hand mesh??