How to stop a matinee cutscene?

For my main menu I decided to have a matinee event play to show an overview of the level. The thing I want to do is to make it so that when the player clicks ‘Start Game’ the matinee cutscene finishes playing and spawns the player into the game although I’m really not sure how to do this. Could anyone help me please?

Here is an image of what it looks like. 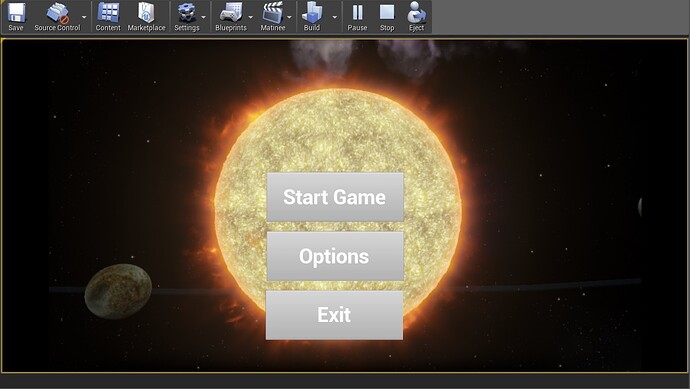 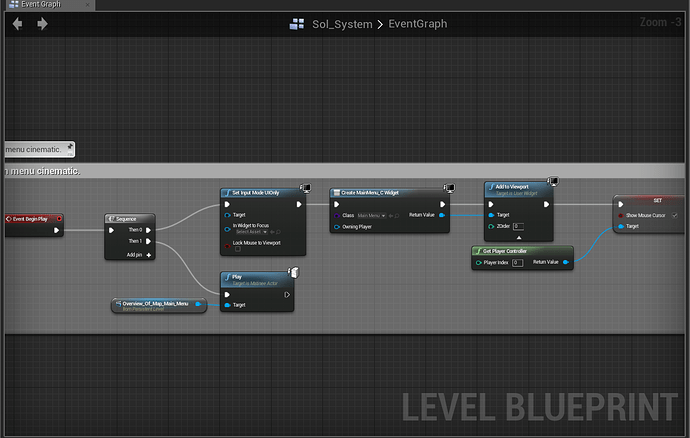 And here is an image of how the main menu buttons work.

I actually just finished up setting doing just this… but I don’t exactly have the answer. I had a lot of difficulty with spawning pawns and possessing them, it seemed whatever I’d try wouldn’t work

I ended up just setting it so that I occupy the pawn by default, and on spawn it hides all components (IE the ship you’d fly), and locks the controls. Then when I’m done with the menu, it contacts my pawn and tells it to make visible the ship again, and unlocks the controls.

It works, in fact it allows me to “enable the ship around you” and spawn you right into the game from the menu, which is cool

But at the same time, I’d also be interested in seeing how exactly to do it the “right way”, IE spawning a new pawn and possessing it and having it work. I’m not sure what I was doing wrong.

You should theoretically be able to Spawn Actor from Class, choose your pawn, and then get player controller, and use that to possess the new actor you spawned. But that won’t work for me

And I similarly had a lot of issues switching between cameras and the pawn, which is what lead to me doing it the “Cheap” way. So I’ll be watching this thread 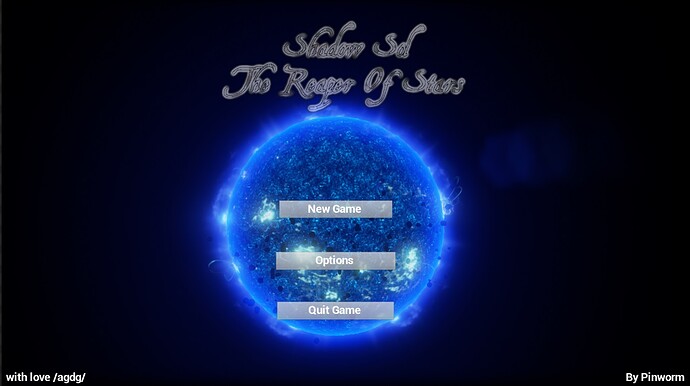 What a coincidence! Well in the end I think I’ll be doing it the ‘cheap’ way and just get it to load a duplicate copy of the level. The thing that bothers me is how long it takes to load but I know there’s a way you can preemptively load it upon starting up the level before it. Load Level Stream is the node for it I think? I tried that but it doesn’t seem to be working, any idea what node it is I’m thinking of?