How to not use lights?

Ok. I am building a top down game, and I don’t really want to use the built in lighting features. I just want everything to show evenly lit, no shadows, no varying lights. Just the colors I am adding to the objects.

How would I go about doing this?

That did not solve the issue. The materials all became white with colored glows. Made everything look like poorly shaped lightsabers. 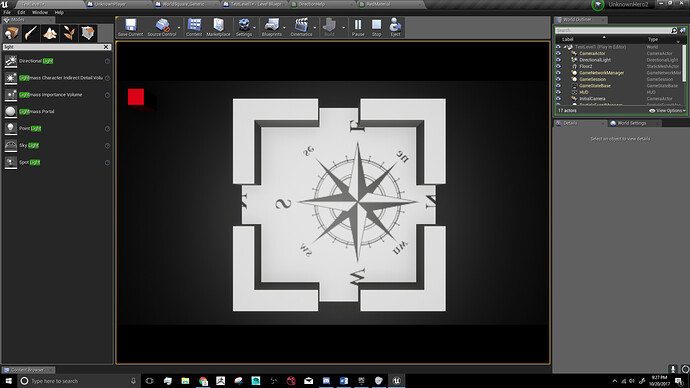 In screenshot one, you can see where the red cube is very blown out.
In screenshot two, its at the very edge of the map and its the correct color.
I’m currently using a directional light at a 90 degree angle to the surface of the objects. This should be good enough for what I want to do, but as you can see in both images the closer to the center of the screen an object is, the more light it receives and the more washed out it becomes.

Select your light, then deselect everything about cast shadows (cast dynamic, translucent, static, etc) then maybe reduce the intensity on your light or the angle so it doesnt recieve more light on the center of the screen