How can i make 1 linetrace interact with multiple enemies 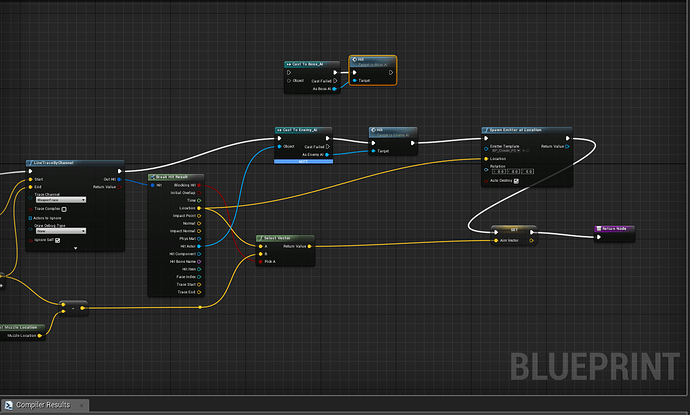 As shown below i have one linetracebychannell and i can hook it up to either my enemy_ai or my boss_ai and it will work for either or but not both at the same time. I can put it too the boss_ai play the game and only damage the one enemy, if i hook it up ,like shown in the image, it will only damage enemy_ai! if anyone can help me i would really appreciate it thank you all in advance

I can’t speak to how you’re doing it overall, but if you want to see if you hit more than one type, you want to test each of them by plugging the “Cast Failed” pin into the execution pin of the next cast. Chain them together. It tests one, fails if it isn’t that type, then tests the next one.

Again, chaining casts like that is not best practice per se, but it’s OK as you are beginning to work with UE4.