How can I get a PS3 Controller working with UE4?

I’ve been working on Implementing controller support for my current project in UE4, but I’m having problems while implementing it. I’m not getting any input from the controller while trying to play the game, neither when I’ve tried on content examples.

The problem seems to be limited to UE4 because i got it to work on other games etc.

I’m also using the ds3 tool, and it works great on everything, except when playing games in the editor.

just check if windows is seen it as an XBOX controller 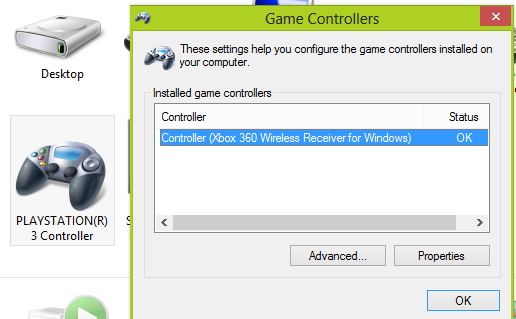 If possible, dont ever use motionjoy!
It will mess up some registry stuff and always have.
Expect weird stuff happening after you install it like computer automatically booting when it feels like it and what not.
There are many reports of bricked pc’s (or at least a full re install of windows needed)

There are some things you can do with motionjoy:

Which results in ending up using betterDS3, which is less buggy and looks better.

Note by Blyss Sarania: Scarlet.Crush hasn't logged on to the forum in 5 months, and there hasn't been an update to this project in a while. The wrapper works well enough as is, but there has been an u

You need to switch motionjoy to Xinput mode

Here’s an alternative to Motioninjoy: Scarlet Crush Productions (SCP). It basically makes my PS3 controller look like an Xbox 360 to Windows 8. Works great. Here’s his follow-on video with the step to unblock installer so that it installs properly.