What do you think about this? How this compares to Maya workflow. I know that Unreal Animation and Rigging Tools are only for Maya, right? Are these tools very essential? Now that Houdini has such a great price are there any plans to support ART in Houdini?

I looked at that earlyer and its great BUT, That is a VERY Hard program to use…I been using C4D 15 and its super easy and at 850ish bucks…Its cheaper then modo and maya Plus easyer to use…

It’s so far above and beyond Maya it isn’t funny. The workflow alone makes Houdini worth using, and makes going back to anything else feel like a major downgrade.

As far as ART goes, Houdini ships with a more powerful, more flexible and frankly easier to use auto rigger than ART.

Oh yeah you can also load the core of Houdini as a plugin into Maya, and soon Unreal Engine 4 so you can directly work with procedural assets inside the game engine. This makes Houdini far more than just a content creation program, but also a tools platform. It will be interesting to see what kind of interoperation will be possible between Blueprint and Houdini Engine. 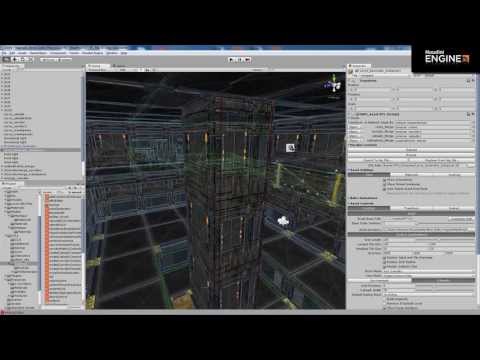 While that video is shows Houdini Engine working in Unity, but it’s on it’s way to UE4 as well.

Don’t know nothing about Houdini, but just looking at their site and the fact it will be UE4 compatible soon, and a really good Indie price, Why isn’t this kind of Awesome?

Well I strongly dislike how it replaces the free apprentice edition. So now you have to pay for it even for learning purposes, unless I read incorrectly, but I don’t think I did.

Well I strongly dislike how it replaces the free apprentice edition. So now you have to pay for it even for learning purposes, unless I read incorrectly, but I don’t think I did.

Apprentice version is still on their site. Still free. From what I am seeing. Could be wrong. I was once before. 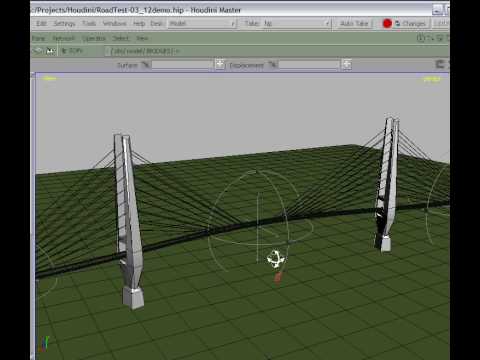 Whats the difference between Houdini and the Engine??

Well. Maybe they are setting everyone who is on Apprentice for a charge. If you, (Matt Slanchik) have been using it, what do you think? How is it? Worth 99 or 199?

Oh okay, that’s a huge relief then, as I have been teaching myself Houdini and wasn’t really looking forward to paying $199 for it.

And how do you find Houdini? Working with it. Anyone?

I’m still a novice with it, so many aspects are still over my head. However, I have read many people saying that it is a lot more powerful than maya, especially for FX (what I use it for). I’ve also heard it said that it is slowly becoming the industry standard, over maya. I know I see a lot of job postings that list it as a requirement, so I guess it wouldn’t hurt to at least learn it. I suggest getting the free edition and trying it out - see what you think.

I love working with Houdini, it is very liberating once you start get how it works. The ability to re-use your data at any point, and never destroy anything is something you have to really experience to understand I think. It’s very easy to try experiment with new ideas without destroying stuff that is already working. Gametutor has some free intro level tutorials for Houdini. I recommend downloading apprentice and doing them so you can start to see the power for yourself.

Re: Houdini - member AdrianLazar is working with it as well. Check out some of the things he’s working on -https://forums.unrealengine.com/showthread.php?23054-Growing-Up-Adventure-Puzzle-Side-Scroller&highlight=houdini

What do you think about this? How this compares to Maya workflow. I know that Unreal Animation and Rigging Tools are only for Maya, right? Are these tools very essential? Now that Houdini has such a great price are there any plans to support ART in Houdini?

I was excited at first to see this as well, but then got disgusted because they’re calling this new version “Indie” to (IMO), try to tie in with the spirit that Epic and Allegorithmic has shown by releasing their ultimately awesome software with “Human friendly” licensing that makes it accessible to hobbyists, like myself, and “Indies”, who are usually individuals (independents) or *smallish *teams of a handful of people working together.

Hobbyists and Indies typically don’t have deep pockets, especially to the point where if they don’t pay for a software upgrade, they can afford to lose access to the software they’ve been paying for!

Both Epic and 'Alle’s licensing, lets you walk away with the last version you paid for, if for whatever reason you decide (or cannot) keep upgrading ('Alle) or stay on subscription (Epic).

Here with SideFX, they’re calling this an “Indie” license (while also mentioning “Unreal Engine” at certain points), to (IMO) try and join in on this amazing wave of games development, but they’re not joining in with the same spirit that Epic and Allegorithmic has shown with their licensing for “Indies”.

SideFX wants you to constantly pay (similar to Adobe Creative Cloud), for your Houdini “Indie” license; if you stop paying, you lose access to all the work you may have done using the software (again similar to Adobe CC).

While the $200/year price being offered for Houdini is absolutely awesome, I feel they’re coming in sans that all important, generoous spirit that these two other companies have pioneered.

As a person who has always purchased perpetual software licenses, (UE4 is actually my first ever monthly software subscription), I just find it disgusting that SideFX wants to “join in” around these parts talking “Indie friendly” but still forcing folks into an artist, hobbyist and Indie unfriendly Corporate type of licensing scheme.

I would rather see them raise their pricing for Houdini Indie, with a perpetual license, rather than having you lose access to all the work (and time spent learning that complex software) with the license they’re offering.

This opinion of mine may be unpopular, but nah, I don’t feel what they’re offering is for “Indies” at all…

I know it’s not fair to expect Epic to set guidelines to all the companies that want to join in on and ride this huge (money making) wave that is UE4, to show the same generosity and care for their customers, but I certainly wish they could!

I’m hoping that SideFX will change their stance on this non-perpetual “Indie” license of theirs and become the 3rd company to join in with the spirit that Epic and 'Alle have shown to the games development sector.

Here’s to hoping that SideFX will reconsider and truly join in on this insane generosity that’s being shown by these other two amazing companies!

I think it’s pretty **** generous personally. Your evaluation of indie pricing is forgetting a key element, the point where you no longer qualify for indie pricing and the balance on a full commercial licenses becomes due.

For Allegorithmic when you earn over $10k, then you need to pay full price. For UE4 it’s $3k per quarter of royalty free profit then it’s 5% of your GROSS, that can wind up being a hell of a lot more than $200 a year. For Houdini it’s a $100k gross grace period per year, that’s a lot more room to profit off the indie license than either of the two companies you hold up as the paragons of indie virtue. I am having a real hard time finding anything Indie unfriendly at all with any of these licenses being offered. All of these companies are different and are offering their tool set to a wider audience in the way that makes sense for their businesses. Epic, Allegorithmic and Side Effects are all cutting us some slack to get on our feet and make the stuff that we want to make.

Just a fyi, Side Effects works hard for the license fees, much harder than Autodesk and Adobe I have no problem renting on a yearly basis from people that put up a daily build and keep a public bug journal. This isn’t a yearly cash grab sprinkled with a service pack or two of bug fixes and key features to make sure that you are on maintenance.