Hi, i’m trying to do something like “ghost car” stuff, were you record some action of your character, and then replay this very action on a “ghost character”. I’ve been following this tutorial:
Race Ghost - How to Record and Replay an Ghost Car in UE4 - YouTube , which is exactly about making “ghost car”, but i’m really bad at scripting and don’t really know how to achive the same effect in 2d game, how to save character movement info, and animation changes in structures, please help!!!

My character is really this standard 2d Side Scroller Character you find in Unreal Exaples.

So far i’ve been able to achive “ghost pawn” to follow the same path, do the jumping(which is automatic from is falling node), and the sword attack, but no mater what i try i wont do the running animation 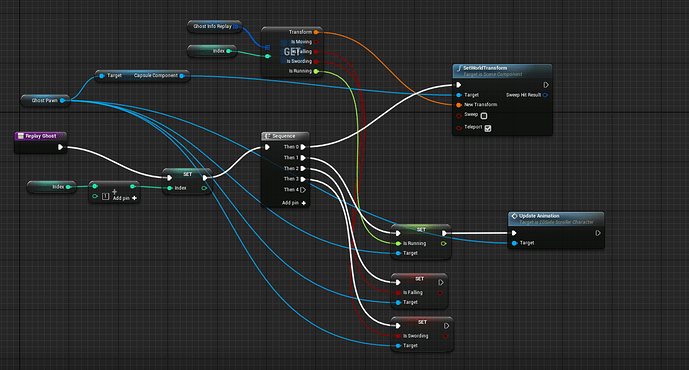