Hi!
I am a new graduate student. I have 3 months to learn C ++. And learn Unreal Engine 1 months.

I had play this game ! See gameplay in there 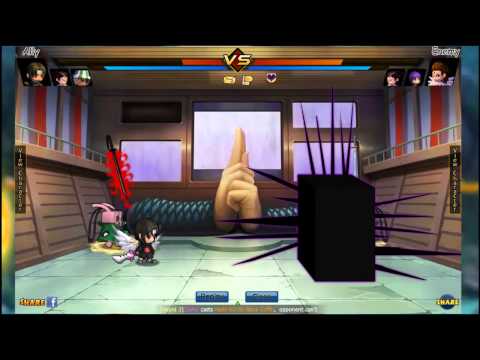 Do not understand why it closed.
I really remake this game in Unreal Engine 4. Of cource it offline game(Like Japan-RPG game).
Can i find tutorial or documentation: create this game with ue4 or other source ?
Thank for reading the Thread!
Sorry my english is bad !:o

Honestly, I don’t think you have anywhere near enough time to both learn how to program, and to implement a game like that with no prerequisite knowledge - you are almost guaranteed to fail. You’re going to need a smaller, easier to complete project with considerably less learning involved.

There is couch heroes (or something like that) example in unreal learning section of launcher.
You could see in there. but 4 months for learning unreal and how to make games is unrealistic.
In 4 months you maybe can code gameplay mechanic fot this (if you need to learn that stuff on the way).

I think making game from that movie would require about 4 experienced people do do it in 5 months.
Sure 4 ppl could make prototype of this in one weekend, but it would be just prototype.

If you can change game choice, do something very simple, no character animation (this alone will take you like month to learn and do some basic setup). Some arcade shooter, or platformer (but again only if you can somehow get animations done fast). People usually underestimate how much work is needed to create simple game, so they think that bunch of nerds can do mmo in few months.