Hi everyone! I’m new here, and I figured it would be cool to share my project with you!

The game is still early in its development, and we have a lot to work on! But I think we’re now at a stage where we can share things with you guys!

Hana is a platform adventure game based on a fictional Asian universe, mostly Korean. Hana, the protagonist, discovers a world left without colours, life, and energy. Thanks to her powers, she will try to restore the prosperity of this world. 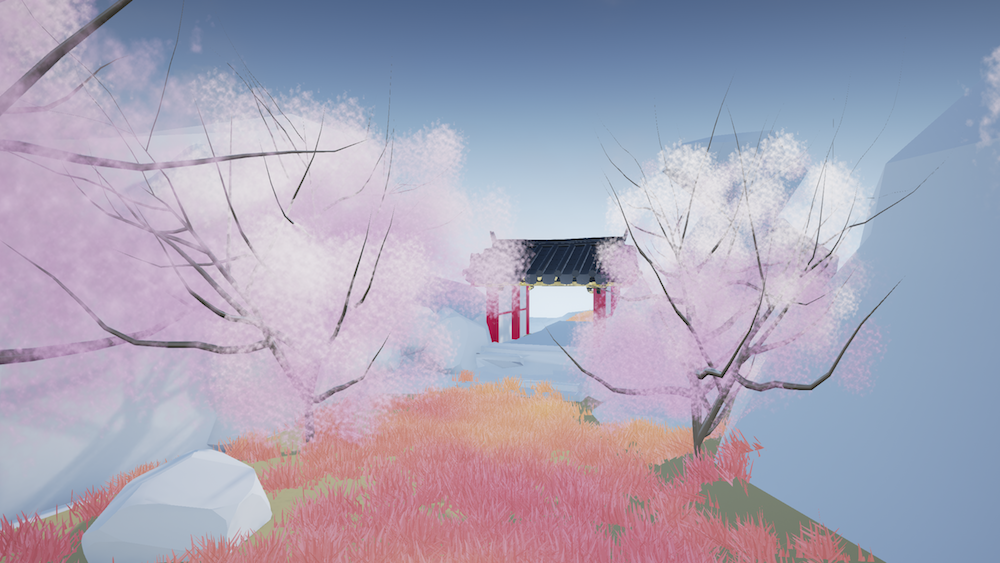 in-game screenshot, work-in-progress level (meaning a lot is done ; but that a lot needs to be done too, some adjustments in every part of this screen)

The universe of the game is based on an alternative version of Korea, where nature, animals and coloured traditional temples are omnipresent. But the world has been cursed, making it completely dull. The goal of Hana is to defeat the phantasmagoric enemies that populate the world, propagating the curse. Thus, she travels across the land to lift the malediction.

The gameplay is divided into three main parts. The first one is the adventure. Hana moves in a colourless world into which she breathes new life, spreading grass, trees, flowers and animals where she goes. Resolving puzzles allows her to go to new places. The second one is the platforming part, where she has to use her capacities to their best to evolve in the environment. And lastly, enemies slow down her progression, so she has to defeat them.

We want to create a beautiful game, where the player is willing to progress to discover new environments, by saving them. The game is really focused on the adventure part, which is linear. Our goal is to make a poetic game, without written or spoken dialogs (and of course it helps us in term of time and budget!)

The game has a third-person view. The camera is still under development, so I will not say too much here! But some effort has been put there for it to be really comfortable for the player (there will most likely be an article about this part of the game).

There will be no death system, as this would be useless for our goal. This doesn’t mean nothing will happen when the player has a lot of damage, but the penalty won’t be high.

This game is inspired by some other incredible games. Most notably, our gameplay inspirations are Journey, Ōkami and Flower. In terms of design, you may have noticed inspiration from The Witness and Firewatch.

We are two students from a programming school making this project, along with a concept-art artist and a sound designer, both in art school. Sadly, we don’t have a 3D artist able to make the character and animations… so if anyone wants to help the project, that would be greatly appreciated!

I’ll post here regularly some new screenshots, gifs and videos when we have them! Our goal is to have a nice little prototype by the end of july!

Don’t hesitate to follow us and to give some feedbacks, we’ll be super grateful!

Hi! We’ve been working on the level, and most particularly on the lightning and shadows! You can really see how this change the whole scene compared to the screenshot from the original post

Let us know what you think of it! Well, hello! We’ve decided to have a little change in the project. Indeed, we decided to publish it in early 2017, just after we graduate! So we’ve removed some things, added other so we can finish it with our reduced team. Anyway, the good news is now that we have a trailer! 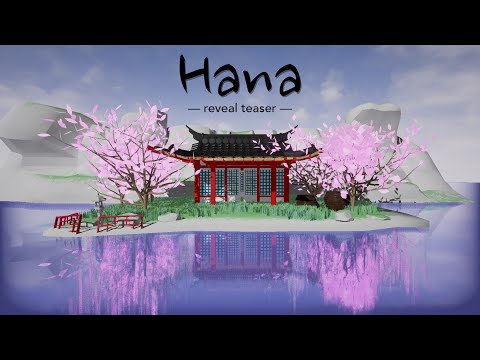 We’d love to hear some comments on it!