Hi everybody
I have a problem in unreal engine 4 .can someone help me?
My problem is:
I have 9 characters in my scene. When there are all of them in the scene their groom have intense highlight I mean they are almost white.
But when I hide one of the characters other hair characters become normal hair without that intense highlight but when I unhide that character , other characters are right but this one still is so bright
How I can fix this problem? 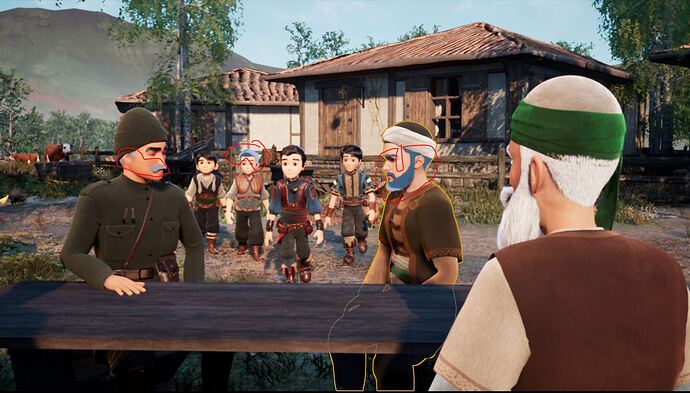 Does anyone have knowledge about this?

Try changing the light mode or the cast shadow option of all your lights.

Actually just duplicate your level, and in the new one delete all the lights. Add one light at a time to see if there’s any changes between them.

Point light are known to cause glow. For instance.

Assuming the lights change nothing.
Change all the groom materials to a solid color shader and see if the problem is the groom’s shading model / material.

Thank you, I wiped all the lights. except for the sky light, no different light affected.
I think the problem is that the sheets make mistakes when calculating the sky reflection.
Problem solved when I hide different characters

That is wierd, but just because it appears white within PIE it doesn’t mean it won’t work correctly when the scene is playing.

What material are you using for the groom, and did you set them up custom or are they off something else?

What did you import the grooms from (do those follow the file format thing that epic never really shared specs for but had an unintelligibile sample for in the documentation?)

Is there a maximum of 1 groom per character or are the mustache separate from hair? (And if they are separate, does the engine no longer crash now?)

What happens changing the groom material to a simple color shader in default lit?

I am experiencing a similar issue - I have 9 metahumans in my level and when I render the scene, their hair reflection looks really blown out/almost white. By removing a single metahuman it seems to fix the problem. Not really a proper solution though

An overview of strand-based hair import, rendering, and simulation.

I find this hilarious, since they deemed groom to not be beta.