Hey everyone, I posted a question over on answerhub that hasn’t seen any action. Perhaps I haven’t explained the problem well enough, so I’ll try to explain it better here and maybe someone has an idea as to why the following two issues are occurring.

So I’m playing around with the SillyGeo example game, and one thing I wanted to try doing was to make the blue GPU particles collide, so that they would bounce off your space ship. So I edited the PFX_WorldSparks_GPU particle effect so the particles have a longer life and I removed the gravity so they would just spawn in a flat area on the x,y plane and fly out from the centre at the same height as your ship. Hope that makes sense. The next thing I did was turn on scene depth collisions for the particles. When I run the game, everything worked great. The particles bounced off my ship and the walls. 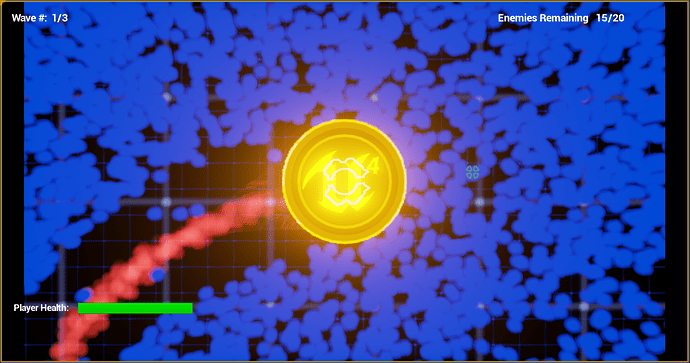 The next thing I tried doing was turning off the velocity for the particles entirely, so they spawn and just sit there. Now when I fly my ship through them, they do nothing at all. They just sit there. They don’t bounce off me and they aren’t killed either? It seems a particle’s collisions are dependent on its velocity, however it is inconsistent? 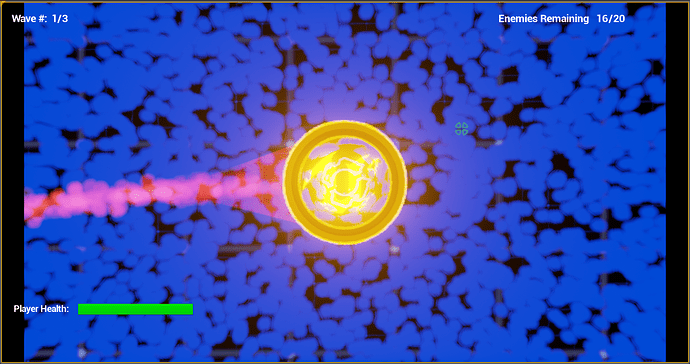 I don’t think scene depth particle collisions can work with 2d scenes, it’s expected that the particles are hitting the opaque surfaces from the front (along the normal).

However that doesn’t explain why particles disappear when they have no velocity?

I think you need to tweak the collision settings in your particles, visualize them and see whats their collision box or sphere or w/e it’s using and grow it. also look for settings that have to do with threshold. Not in editor so i don’t rly remember the settings but i’m sure there is a setting for tweaking those.