Getting closer to the character... Disappears?

I didn’t do anything complex yet (because I’m a noob), I’ve imported the FBX animated character and in the Preview Animation window everything works beside the blinking Animations for some reason… But that’s not what I’m worried about yet.

On the main editor, even when I tried later to make a new sequence scene with a camera… I get the same result:
Whenever I get a bit closer to the character he disappears, I can’t get too close like in the Preview animation window which is very weird.
I also tried to re-build lights because I thought it’s something related but I guess that wasn’t the reason either.

Can you please tell me what am I doing wrong and how can I fix it?

Sorry about my bad English and thanks ahead for any help!

Here is a short example I took to show you what I mean: 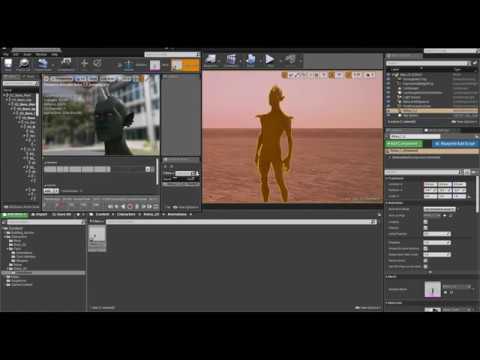 How big is it?

How big is it?

The character is 1.6 compare to a cube which is 1.

I guess it’s something to do with FBX with animation embeded or FBX without.

With animation embeded I have no problem of getting closer, but I have a WEIRD super polygonal look to the character
And without animation (separate FBX for each animation sequence) the character looks smoother, but I can’t zoom in without make it disappears as I explained on this post.

I also asked about the weird polygonal look IN THIS THREAD, maybe you can help me out?