I do not know if this is related to Unreal Engine not reading those values during import, or Blender’s Exporter not properly exporting the orientation information.

Another thing I noticed is that only Smoothing: Edge in Blender makes the smoothing warning in Unreal Engine during import go away. 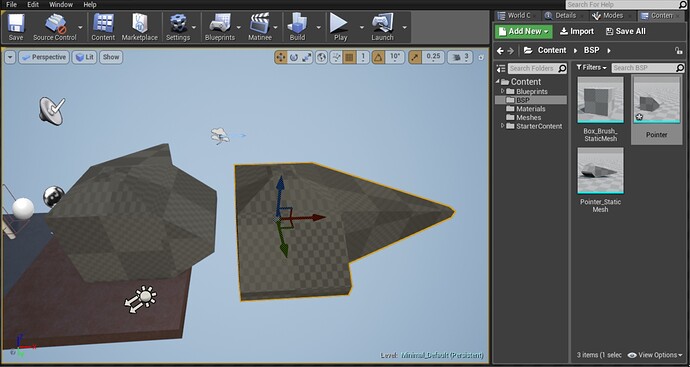 Here are the Assets I used as well:

Yeah, those are similar settings except I turn off Add leaf bones because there aren’t any I’m not using cloth or physics constraint animations to the adaptive bones and not rigging it up for that, I turn off Baked Animation because there is no animation to use with the mesh. Since I’m only outputting mesh I choose Mesh Only, I have axis set same as you but the scale is 100.00, and I use Smoothing: Edges because anything else will give smoothing warnings when imported into Unreal Engine.

The settings like what you have is what I use for when I output the mesh for 3D Painter where the normals are initially smoothed for the surface painting, so those values are initialized default values when calculated.