I’m building a space scene using the new SkyAtmosphere system. Thus far it consists of the SkyAtmosphere actor with all default values, and a blueprint with two concentric textured spheres (Earth and cloud layer. The Earth textures look great for the most part but when the light is pointed at the southern hemisphere there is some weird shading/occlusion going on. Could this be because the SkyAtmosphere thinks the directional light is below the horizon line? It’s strange though because the light is scattering but not lighting the textures. (the cloud textures look like they’re in shadow) I’ve attached some screenshots that hopefully will shed some light buh-dum-tish on my problem! Thanks in advance for any help. 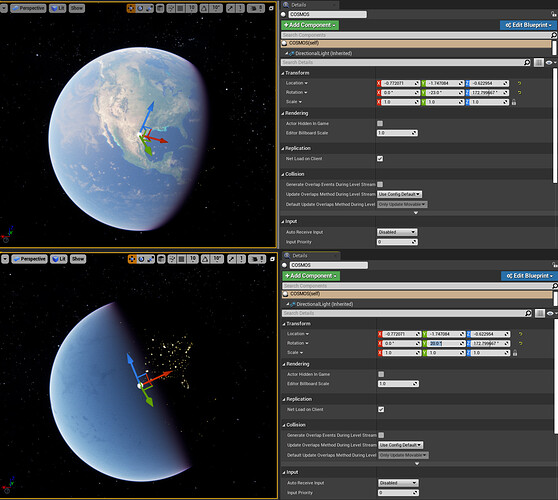