"enemy" Blueprint copies itself at runtime?

Hey, so I’ve got a blueprint in my level that I’m using for an enemy with a skeletal mesh / anim BP / blueprint logic / particle effects… but it seems to be copying itself at runtime.

So skeleton 1 is in the level and now there’s a second, skeleton 2 in the level, with it’s particle effects going off.

I figured the one caused the other because of the location. Right under the blueprint in the level is where the duplicate spawns. There’s nothing in the construction script either. It’s very bizarre.

How do you know that BP4 is spawning BP1?

You must have a spawn somewhere.
Search “spawn actor” in all BPs: 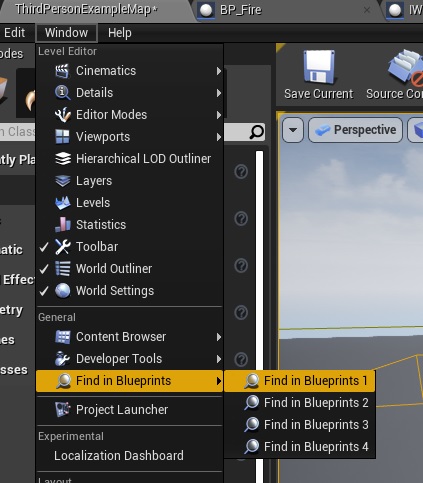 What happens if you remove BP4 from the level? Does BP1 still spawn?

Yeah, which means they’re not connected. This started happening after modifying that enemy (adding that smoke particle) and the level blueprint, but they were being spawned by another actor that I didn’t change (and wasn’t looking at). So you were dead right, all along. Thank you for your time.