Few months ago I’ve started a solo project called CUBERS, it’s twin stick slasher with action located on few arenas, where Player has to fight with waves of enemies all his way to the top, to reclaim freedom.
Like in normal twin stick shooter player can move character all around, but in this case he has a mele weapon, not a gun (he can weld them both in same time ^^ ).
Additionaly weapons are physical objects so enemy is damaged when sword hits him directly. Another feature is Friendly fire. Traps can cause damage to enemies, and enemies can cause damage to other enemies, there are no sides on Arena, so eaven healing totem can heal player. If you have any questions about the game, or how it is made feel free to ask

I’m no expert, but don’t you need Martin Freeman’s permission to put him in the trailer for a commercial product?

It’s a part of a movie, and it can be used in commercial video if it’s not too long. 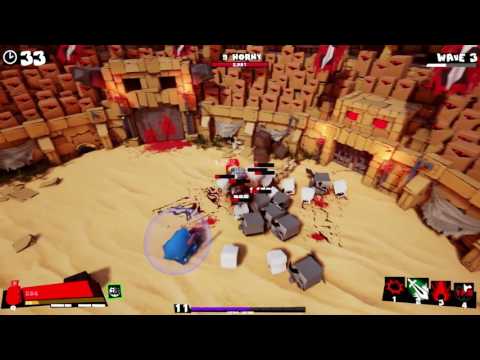 Hi have have recorded next Gameplay footage with GUNS! Check below

Looks very polished and like a lot of fun. Just goes to show how much you can do with Cubes. Horde Action Shooters with Upgradable Weapon/PowerUps are one of my favorites game genres no matter the view perspective. In fact, I can visualize myself participating as a spectator in the Arena. I can definitely see massive multiplayer spectator (mms) being put to use in this Game. Keep up the awesome work!

But this link doesn’t work for me.

The only multiplayer in Cubers so far will be VERSUS mode, where 2 players fight on arena to get bigger score with kills (like Legolas and dwarf in Lord of the rings battle) Each enemy is scored with different amount of points. When one player dies, he need to wayit 10 sek for respawn, in meantime other one can get more points.

But this link doesn’t work for me.

The only multiplayer in Cubers so far will be VERSUS mode, where 2 players fight on arena to get bigger score with kills (like Legolas and dwarf in Lord of the rings battle) Each enemy is scored with different amount of points. When one player dies, he need to wayit 10 sek for respawn, in meantime other one can get more points.

Sorry about that. Try this one.

Hi There! I have new gameplay video that I would like to share. You can see Flamethrower Trap in action. Player can decide how to handle them, avoid it and try to kill enemies with it while avoiding it’s damage or he can destroy it and kill enemies by himself and without any difficulties 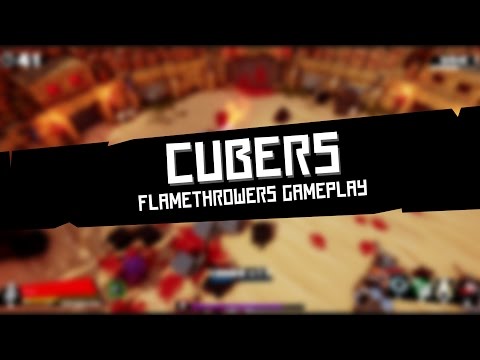 Oh i forgot that i havn’t upload previous gameplay with GUNS on youtube, so here it is

Instead of shield you can equip a ranged weapon like guns, those will be unlocked on different arena I think, but you Can see them now on this one. 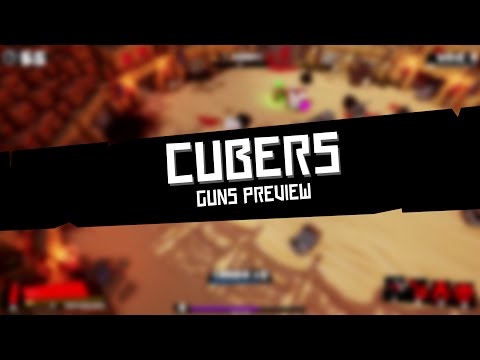 nice work, are you planning to release this on steam or mobile devices?

My plan is PC early acces, then full release -> PS4 -> Mobiles (if I decide it worth it)

Hi! I have a Boss introduction, I am working on this fella for a week now. I Hope I will be able to show full encounter in next week!

After 3 weaks of scripting, modeling, animating, sound designing etc I have a preview of how first Boss fight will look like. (this boss will be on different arena, but fight will be the same i think)
This worm boss Can shoot acid projectiles, change places, use various attacks and bite player from underground making him bleed for few seconds. Also during the fight he spawns eggs, and if player will not kill those before those eggs explode, he will have to fight little baby worms… and those worms are not so cute as they looks like 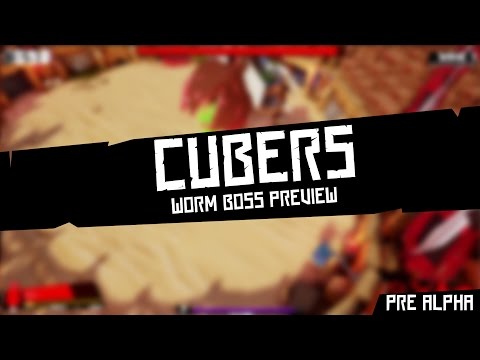 And a gif from a 3D concept of arena, where this boss will be placed

VERSUS MODE is closer and closer… I’ve been playing this mode today with my wife, and she really enjoyed it Smiley Here are some screens, I will upload Video in next week.

And about Versus mode:

Players decide for how long they want to fight for points. 60,90,120 seconds
Both players has same gear and set of skills (it may change) Its like playing mortal combat with same characters, and each stage is with different characters.
During this time they kill enemies for points, the stronger the enemy is, the more points will he award the player who finishes him
When one playes dies, he has to wait few seconds for respawn
After certaing time the winner is the one with more points
There may be a tournament, for like 5 matches or 7

Oh I have the Video of local VERSUS MODE in Cubers. It’s just a first preview and it’s gonna be improved, but I want to share what i have for now 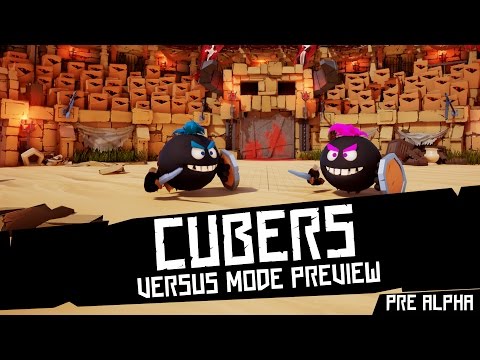 I have small update on Cubers dev progress… While taking a break from scripting Menu and stage system in my game I have made a new skill that i thought about for a long time. It’s a Roll ability. So basicly you can turn player into a ball with spikes and roll over enemies. 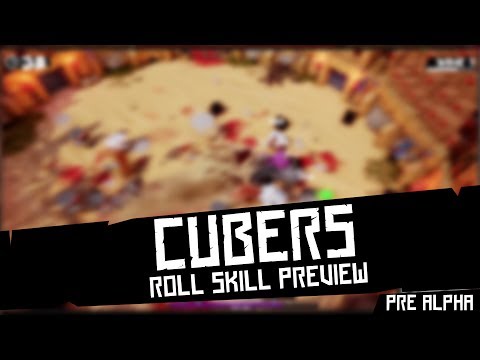 A did a small test for fun, how would it look like if you could zoom in and play tpp and zoom out and play Top down… what do you think ? I know arena is too small for TPP but its fun tho 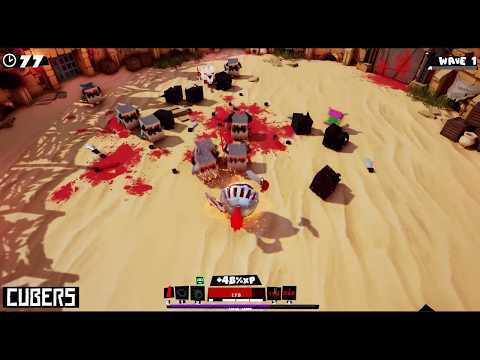 Hi there !
Today I did check how cubers are working on 4.16 and I have tried volumetric lights feature, for best results I have decided to try night settings and those are the results. What do you think guys ?
I also want to try Foggy day with rain for more effects 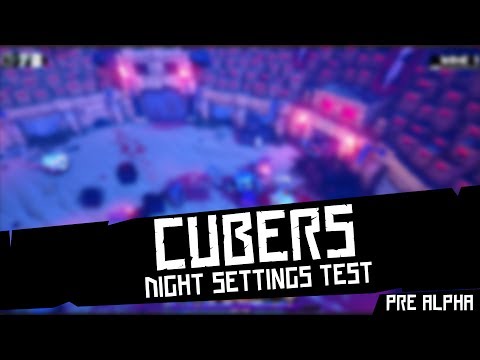