First off, let me start by saying I have been researching this for a few days but cant find any detailed tutorials on what anyone is talking about. I find links to the unreal documents and thats fine but I really dont know what most of its discussing. I just came over here from unity as I thought this would be better for what I am trying to do. Pretty proficient in unity but this is all new to me.

I am trying to create an open world game, one that is fairly large. I created two height maps that are shown below each 1024 x 1024. I wanted at least 4 of those in my scene possibly even 6 but I am not even sure if thats possible. Some people are stating youd have to re do the skybox and everything. to give an example, I want a pretty large island with some ocean as well as a mainland and thats pretty much it. If someone has a detailed tutorial they can point me to that would be really helpful. Reading the documentation isnt really getting me anywhere. Unity has a cool feature that just merges the terrains together but its not looking like unreal has that or anything similar.

I added four height maps together and it looks pretty good… So I am assuming everything else in the documentation was meant for optimizing am I correct? 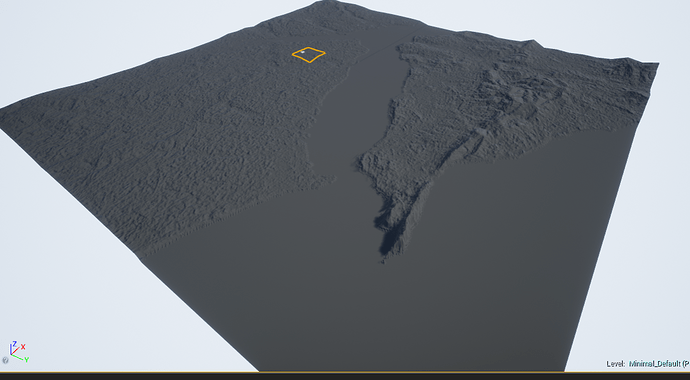