I’m currently having a weird issue with the compilation of shaders. I am using a 4.22 version of Unreal Engine and when I create my character and import any animation blueprints a new tab appears stating “compiling 228 shaders”. However, I wait for it to compile but it just doesn’t compile anything it keeps loading and it does nothing, when I check ar task manager to see if anything is happening my cpu isn’t even in a bad shape, the engine uses about 60-70% of my cpu with the compilation. Moreover, when I try to build light in the level, compiling shaders freezes and my launcher just freezes and nothing is happening. My cpu wents from 60-70% to 6-10% and then I get system is not responding from Unreal Engine… I also tried using version 4.21 and followed same steps but nothing is helping… even when I prioritize engine to be at high priority its not helping

Does anyone know a fix for it? 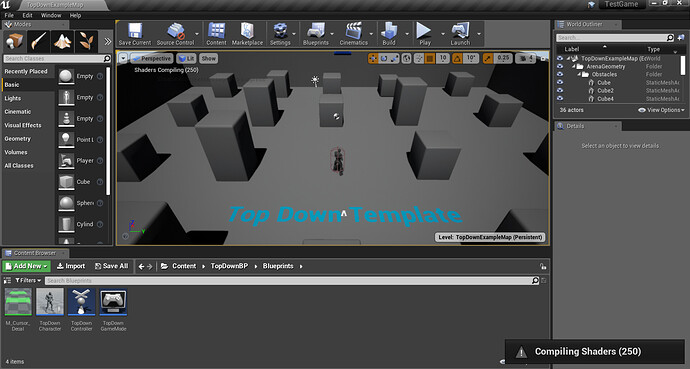 When engine is running but not building light.

When building light is runned and freeze is up.